The Mahindra Scorpio is due a generational update which has been spied testing for quite some time now. The latest spy images giving us a closer look at the interior of the SUV, revealing the infotainment system, centre console, instrument cluster and other features details. 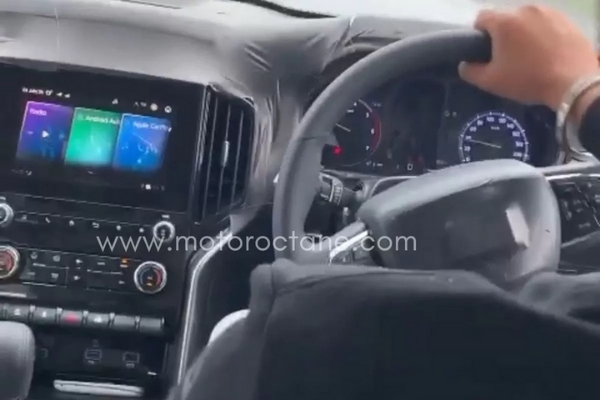 While the interior of the new Scorpio is still under wraps, the new images confirm a more contemporary styled dashboard layout. The centre console is finished in piano black with silver highlights on the sides. It houses a large horizontally oriented touchscreen infotainment system with confirmed features like radio, Android Auto & Apple Carplay. There are also physical buttons and two-rotary dials to control various function of the infotainment like phones, home, volume, tuning, favourite, back, and more. 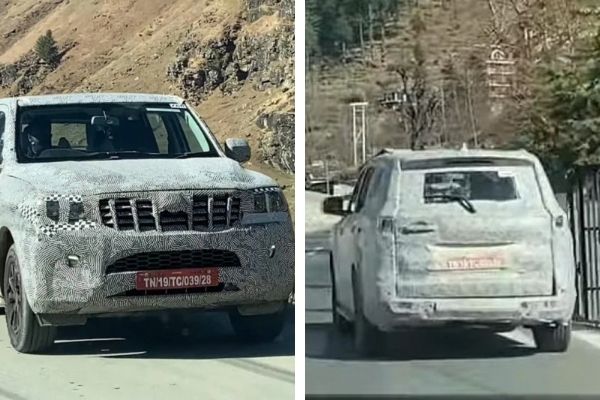 Under the hood, Mahindra is likely to equip the 2022 Scorpio with the same powertrains as the second-generation Thar, but in a higher state of tune. For reference, the Mahindra Thar is available with 2.0-litre turbo-petrol (150PS/up to 320Nm) and 2.2-litre diesel (130PS/300Nm) units, both with the option of 6-speed manual and 6-speed torque converter automatic gearbox. While a rear-wheel-drivetrain is expected to be standard, Mahindra will also reintroduce the 4X4 drivetrain with select variants.

Mahindra is likely to launch the new Scorpio after the all-new XUV700 (a successor model of XUV500), which is expected to arrive in Q3 of 2021. Earlier, the next-gen Scorpio was supposed to come by the end of the current year, but some media reports are suggesting that the launch has now been pushed to February 2022 due to the shortage of semiconductors and the ongoing COVID-19 situations in the country.