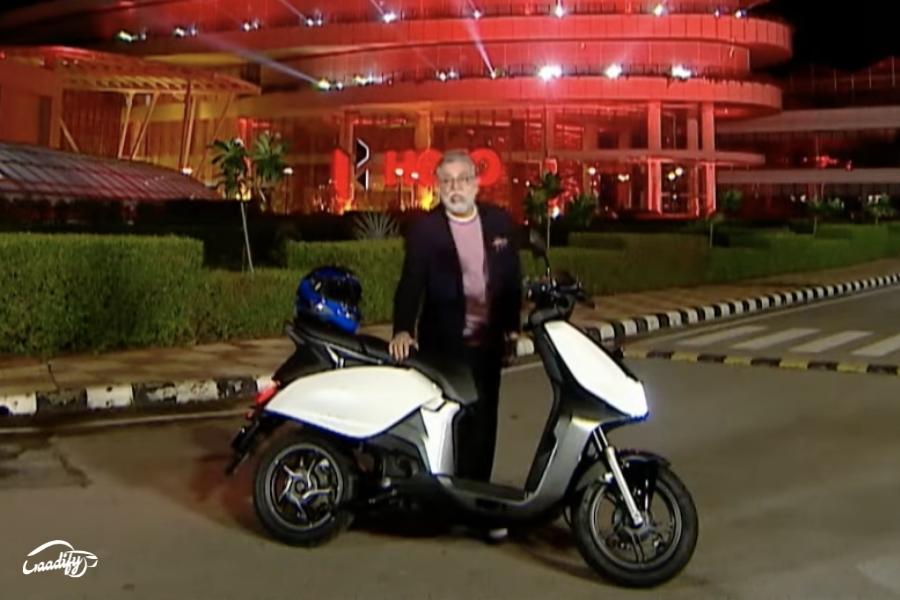 Hero MotoCorp has announced to launch its first electric scooter on 7th October 2022 under its ‘Vida’ sub-brand, which was specially formed for its electric mobility division. Earlier, it was expected to be launched on 1st July 2022.

As part of Hero MotoCorp’s 10th-anniversary celebrations last year, a prototype of the company’s upcoming electric scooter was shown virtually in August last year. Though no concrete details are available about the same, it is expected to be powered by a mid-mounted motor. And rather than focusing on pure performance, the scooter could be designed for the mass market, with durability and range being the primary focus.

A strategic partnership between Hero MotoCorp and Taiwan-based battery supplier, Gogoro, has already been announced. And so we expect the two-wheeler to have a removable battery pack, and it will be backed by a battery swapping network. The brand is also developing EV charging stations at major Bharat Petroleum fuel stations across nine metropolitan cities, including Delhi, Mumbai, Pune, and Bengaluru.

The first Hero Vida electric scooter is likely to be priced below Rs 1 lakh (ex-showroom), pitting it against the TVS iQube and Ola S1. Expect to hear more about the upcoming Hero e-scooter in the next few days.