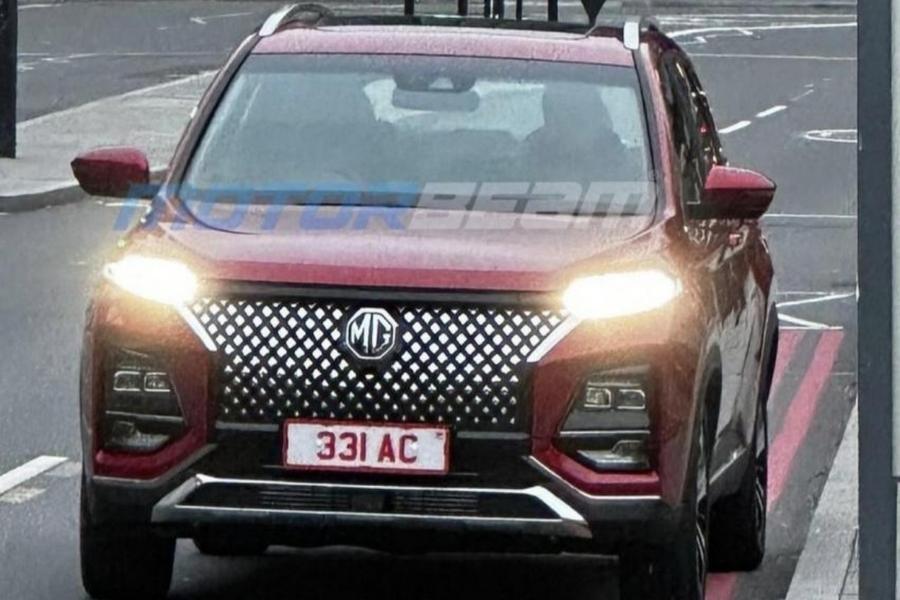 New MG Hector Images Leaked Ahead Of Official Launch In 2023

The new-generation MG Hector is due to be launched in January 2023. It has already been officially teased multiple times, showing the interior and a glimpse of its new front-end design. But now clear images of its significantly updated facia have been leaked online.

Going by the latest spy shot, the new MG Hector will get a new chrome studded grille, surround by the black chrome applique. The design of its front bumper has also been tweaked significantly. However, the split headlamp setup has been carried forward from the ongoing model. Expect it to also get new alloy wheels and an updated rear-end design.

Also Read: MG’s New Compact EV To Be Revealed On January 5; Could Be Air EV

As mentioned above, the interior of the 2023 MG Hector has already been revealed. It will get an all-new dashboard layout, with a metal-finish strip running across its width. However, the main highlight is its new portrait-styled 14-inch touchscreen infotainment system, giving the cabin a more superior look than before.

Additionally, the redesigned AC vents will be chrome-treated, and the new centre console will have a metal finish and a new storage area with Tata Nexon-like tambour sliding cover. Also, there will be an electronic parking brake, a 7-inch digital driver display, and a multi-colour ambient lighting strip running in the dashboard, centre floor console, and front footwell areas.

Underneath the hood, the 2023 MG Hector will continue with the ongoing 1.5-litre turbocharged petrol and 2-litre turbocharged diesel engine options. The transmission options will also remain unchanged. While it’s not official, the SUV could receive a strong-hybrid powertrain in the upcoming years.

Expect MG to price the new Hector from around Rs 18 lakh (ex-showroom). It is likely to be sold alongside the existing model. Once launched, it will go up against the Toyota Hyryder, Maruti Grand Vitara, Tata Harrier, and Jeep Compass.