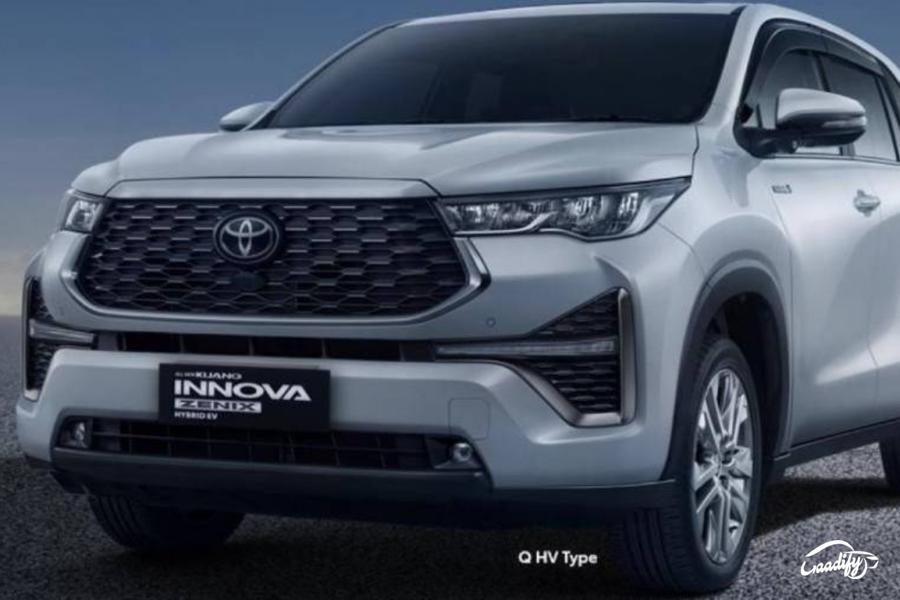 Japanese automaker Toyota has revealed the new Innova Zenix in Indonesia. The vehicle will make its debut on November 25 in India as the Innova Hycross.

The new Innova has a more masculine and SUV-like design than its predecessors. Finished in contrast black with chrome surrounds, the car’s front facia shows off a large trapezoidal grille. An attractive cheatline runs down the centre of its wide front bumper, which cleverly morphs into triangular units at each corner. LED daytime running lights are also positioned horizontally on the cheatline.

In the profile, the two character lines run the length of the MPV, neatly merging with the wraparound LED taillights. This is similar to the styling on the Avanza Veloz MPV sold overseas.

Speaking of the underpinnings, a lighter, more sophisticated front-wheel-drive TNGA modular architecture replaces the rear-wheel-drive IMV platform in the new Toyota Innova, making it lighter and roomier than its predecessor. Here’s a look at its dimensions: –

The 2023 Toyota Innova Hycross (Zenix) gets an all-new dashboard layout, with the 10-inch floating touchscreen infotainment system taking the centre stage. Globally, the MPV will be offered in three seating configurations – 6, 7 and 8-seater. Here’s a look at its key features: –

The all-new Innova Hycross gets a 2.0-litre naturally aspirated petrol engine from Toyota’s Dynamic Force engine family, mated to a CVT automatic transmission. It will also benefit from a strong hybrid system that is supposed to deliver a fuel efficiency of around 23 kmpl.

Bookings for the Toyota Innova Hycross have already been commenced in India at the dealership level for a token amount of up to Rs 50,000. Expect it to be priced from around Rs 20 lakh (ex-showroom).