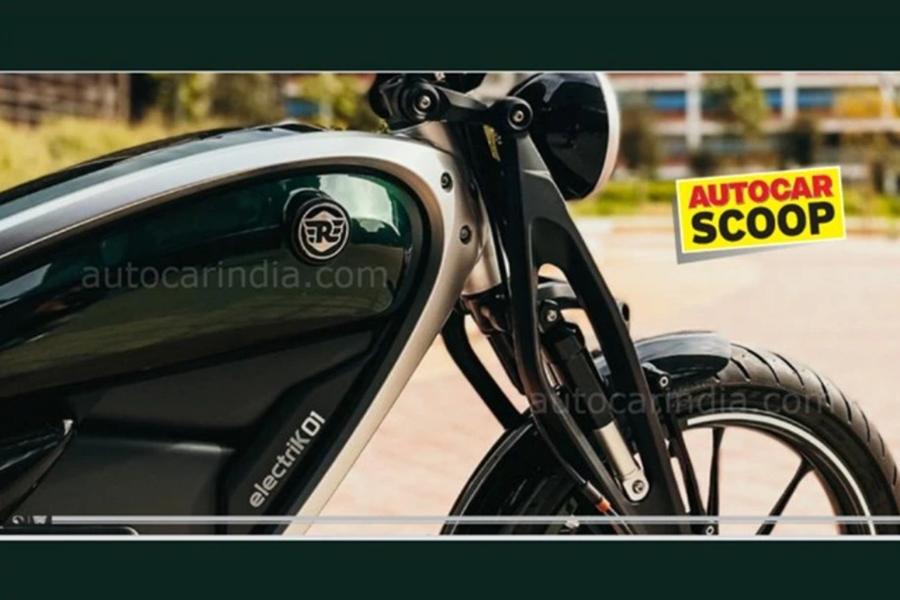 Here’s Your First Look At The Royal Enfield Electric Motorcycle

Back in July 2021, Royal Enfield’s Managing Director Siddhartha Lal revealed that the bikemaker is developing a premium range of electric vehicles, and now an image of the marque’s first electric offering has surfaced on the web.

Going by the image, it seems a prototype version of the bike and its final production version could be slightly different. If reports are to be believed, the brand internally calls it a QFD (Quality Function Development) concept that essentially focuses on a structured technique to specify customer requirements and translate them into specific plans to produce products to meet those needs.

Nevertheless, the image reveals some interesting details about the upcoming EV. For starters, the concept bike is typically Royal Enfiled fashioned, featuring a neo-retro design. It is based on a two-frame tube emerging from either side of the headstock. It houses a ‘fuel tank’, which probably acts as a tiny storage space. At the front, the bike gets a retro-looking girder front fork, which, however, is dubious to make it to the final model. There’s also a retro round headlight, elegant green paint finish and alloy wheels which seem to be shrouded in Avon Roadrider tyres.

Technical details about the Royal Enfield’s upcoming electric bike are still under wraps. But going by the bikemaker’s earlier claims, it will be equivalent to a 250-300cc petrol-powered bike. Expect more details about the bike to be revealed in the near future ahead of its possible launch sometime in 2025.