German auto giant, Volkswagen has released a new teaser image of the upcoming Tiguan Allspace Facelift ahead of its global debut on 12th May 2021. For the people not in know, it's a 7-seater version of the Tiguan SUV, which is also set to get a facelift update for the Indian market. That said, the brand could also bring the facelifted Tiguan Allspace to our shore. 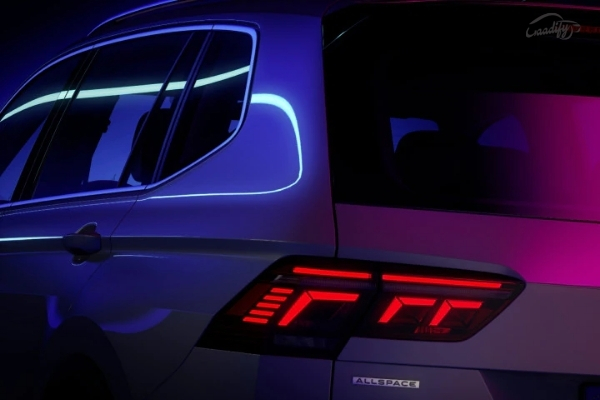 Also Read: Now Servicing Your Volkswagen Car Will Be More Affordable With These Initiatives

Being a facelift model, the 2021 VW Tiguan will receive minor cosmetic updates as well as additional features. While the official teaser image only shows the side-lines & new LED taillamps design, the leaked images reveal the complete design of the updated SUV. 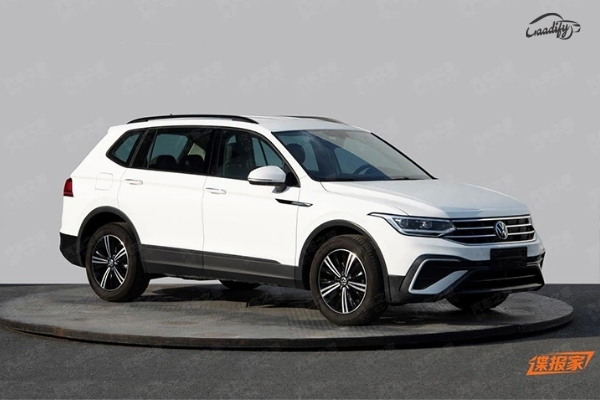 As per the leaked images, the changes on the Tiguan Allspace are in line with the 5-seater Tiguan facelift. It will get a newly designed angular matrix LED headlamps, a new front grille with an updated VW logo, refreshed bumpers at both ends, new alloy wheels, revised LED tail lamps, and exhaust mufflers. 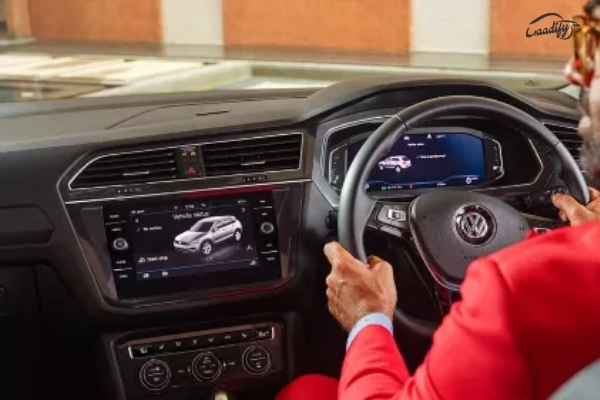 Changes on the interior are quite subtle. It will continue to feature the same dashboard layout. However, the climate control panel will now be a touch-based unit. It will also get a new steering wheel somewhat similar to the ID cars, and an updated infotainment system with more connected features. 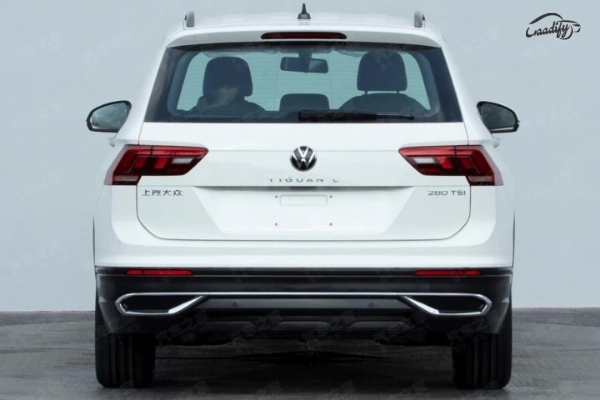 No changes are expected under the hood. The India-spec Tiguan Allspace facelift is likely to continue with the 2.0-litre turbo-petrol engine (190PS/320Nm), paired with a 7-speed dual-clutch automatic gearbox that transmits the power to all four wheels via VW's 4Motion all-wheel-drivetrain (AWD). However, its global-spec version is expected to multiple powertrain choices including petrol, diesel, and a hybrid unit.

The current version of Volkswagen Tiguan Allspace retails at Rs 34.20 lakh (ex-showroom). Its facelifted model could demand a significant premium over the ongoing model. While the brand is yet to share its India launch date, we believe it to be launched by the end of this year. On arrival in India, it will resume its rivalry with the Toyota Fortuner, Ford Endeavour, MG Gloster, Mahindra Alturas G4, MG Gloster and the upcoming Skoda Kodiaq.