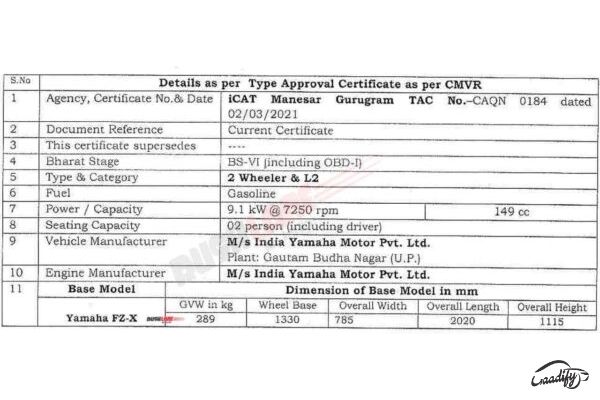 Japanese bikemaker Yamaha is gearing up to launch an adventurer version of the FZ-S V3.0 naked motorcycle. Revealed by leaked documents of Transport Department Delhi, it will be called FZ-X. It is likely to be launched in the coming months. As per the leaked document, the upcoming Yamaha FZ-X will draw its power from a 149cc gasoline engine, which develops 12.4PS (9.1kW) at 7250rpm. This is the same single-cylinder air-cooled, fuel-injected motor that also propels the FZ-S. This engine comes paired with a 5-speed constant mesh transmission. Dimension-wise, the FZ-X will be 30mm longer, 5mm wider, and 35mm taller than its naked version; however, its wheelbase (1330mm) is identical to the FZ-S, which suggests that 2it will employ a similar foundation.

Design-wise, we don't believe that FZ-X will be a fully-fledged adventure motorcycle. It is likely to share various components with FZ-S V3.0 with some extra panels and protection that will give it a rough appearance. It is expected to get dual-purpose tires, engine bash plate, higher front fender, fork gaiters, tinted windshield, and possibly a high-mounted exhaust system. Besides this, it could carry forward features like a side-stand engine cut-off switch, dual disc with single-channel ABS and Bluetooth enabled fully-digital instrument cluster with 'Yamaha Motorcycle Connect X' technology that allows the rider to connect his/her smartphone to the bike and access various connectivity features like hazard lamp, e-locking, locate my bike, answer back and more. 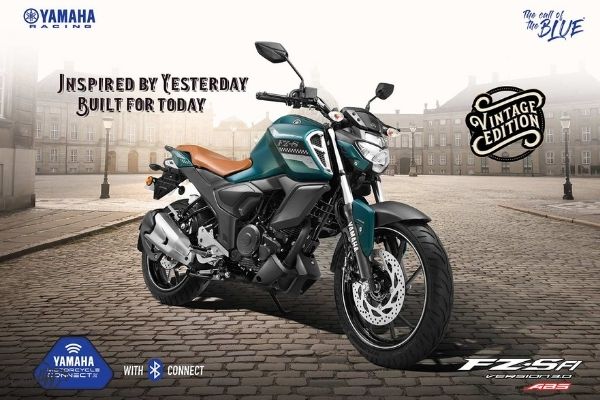 Currently, the Yamaha FZ-S version 3.0 is priced between Rs 1.04 lakh and Rs 1.09 lakh (ex-showroom). Expect its rugged version to demand a significant premium of around Rs 4,000 over the FZ-S. As per its expected price range, it could be seen as an alternative to the Hero XPulse 200.