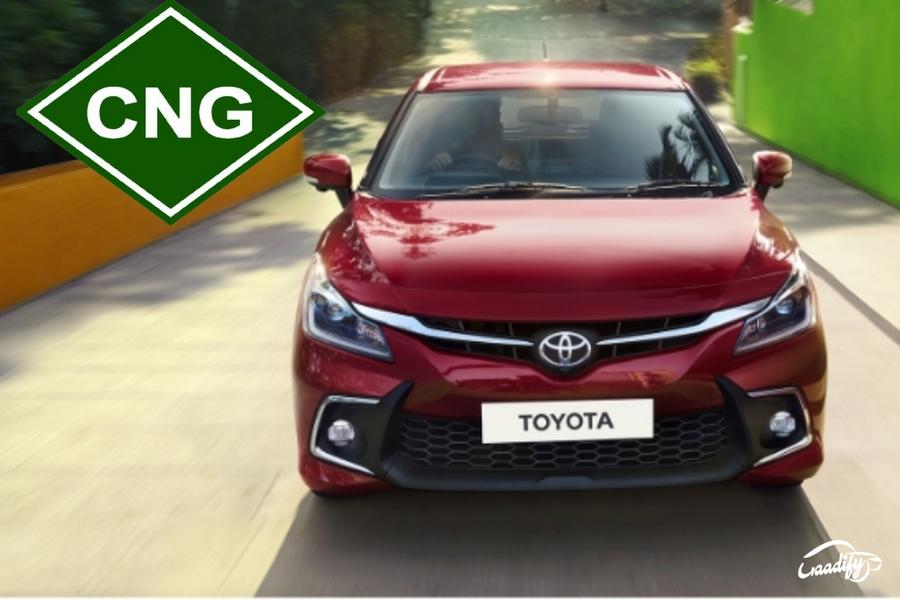 With the launch of the Maruti Baleno CNG, select Toyota dealerships have also started accepting bookings for the Glanza CNG. It is expected to be launched in the coming days.

Unlike the Baleno CNG, which is available in two mid-spec variants, the Toyota Glanza CNG is likely to be offered in three variants: S, G, and top-spec V. With this, the prices of the Glanza CNG are likely to range between Rs 8.43 lakh and Rs 10.46 lakh (ex-showroom).

However, what will be common is the 1.2-lire, 4-cylinder, DuaJet petrol engine that will make 77.5PS of maximum power and 98.5Nm of peak torque in the CNG guise. It will be offered only with a 5-speed manual gearbox. The convenience of AMT will be limited to petrol-only models.