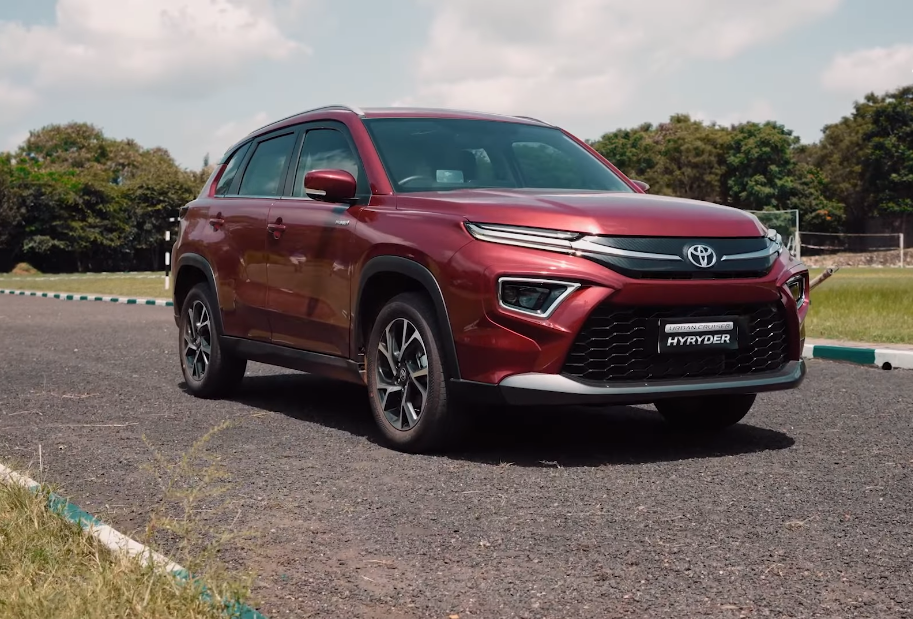 The Toyota Urban Cruiser Hyryder CNG is due for a launch soon. Its bookings are open and all of its details have already been revealed, except for the specifications and prices. So based on all the information available, we predict the Toyota Hyryder CNG to be priced as follows: –

Toyota will offer the Hyryder CNG in its mid-spec S and second-from-the-top G variant. Expect them to command a premium of around Rs 95,000 over their standard counterparts.

Powering the Toyota Hyryder CNG will be the ongoing 1.5-litre, 4-cylinder, K-series petrol engine, mated to only a 5-speed manual gearbox in its CNG guise. As seen in the XL6 CNG, expect the Hyryder CNG to also return a maximum power output of 88PS and a peak torque of 121.5Nm. It will offer a fuel efficiency of up to 26.1kmpl.

In terms of features, the Hyryder CNG will be equipped with the almost same set of equipment as their corresponding regular petrol iterations. Key highlights include: –

Once launched, the Toyota Hyryder will become the first SUV in its class to offer a CNG powertrain option. However, it will soon face competition from the Maruti Grand Vitara CNG which is likely to arrive in December 2022.