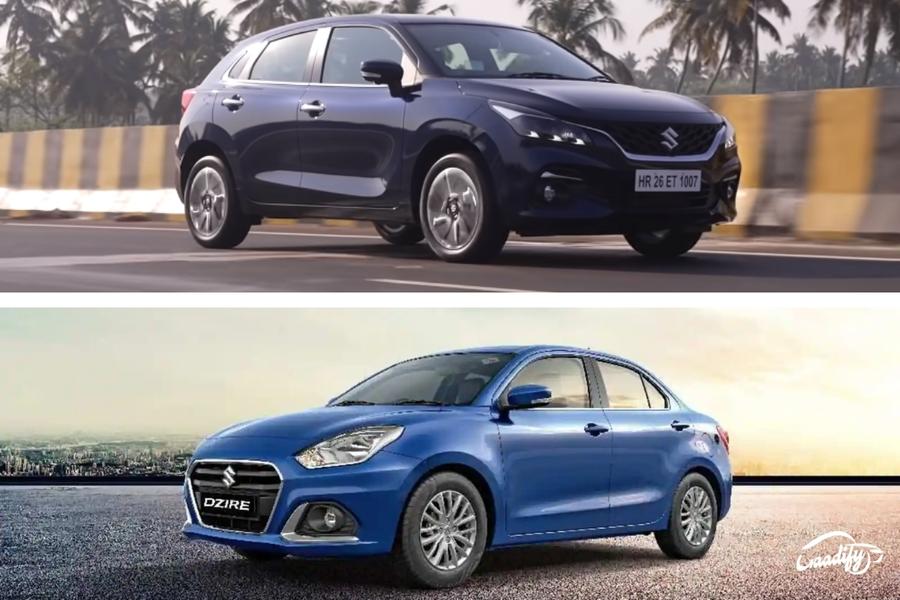 Maruti Baleno CNG vs Dzire CNG – Which Car Should You Buy?

Maruti Suzuki Baleno CNG has finally been launched, with prices ranging between Rs 8.28 lakh and Rs 9.21 lakh (ex-showroom). Interestingly, it is priced extremely close to its sibling model, the Dzire CNG. However, the Baleno is a premium mid-size hatchback, whereas the Dzire is a conventional three-box sub-4-meter sedan. But by going their prices, some buyers might be confused between the two. Hence, we’ve pitted them against each other to see which offers better value.

When taking entry-level variants into account, the Dzire VXI is Rs 5,000 more affordable than the Baleno Delta and offers more comfort & convenience features like rear AC vents, rear armrest with cup holders, and height-adjustable driver’s seat. It also offers bigger boot space. The Maruti Baleno Delta CNG, on the other hand, gets a rear defogger and a 7-inch touchscreen infotainment system over the Dzire VXI. However, you can get a touchscreen unit fitted from the aftermarket.

When it comes to the top-spec variants, spending Rs 30,000 extra on Baleno Zeta CNG over the Dzire ZXI will make more sense considering the hatch is better loaded. Also, Baleno’s interior is much more premium. But you will have to compromise more on boot space as compared to the Dzire.