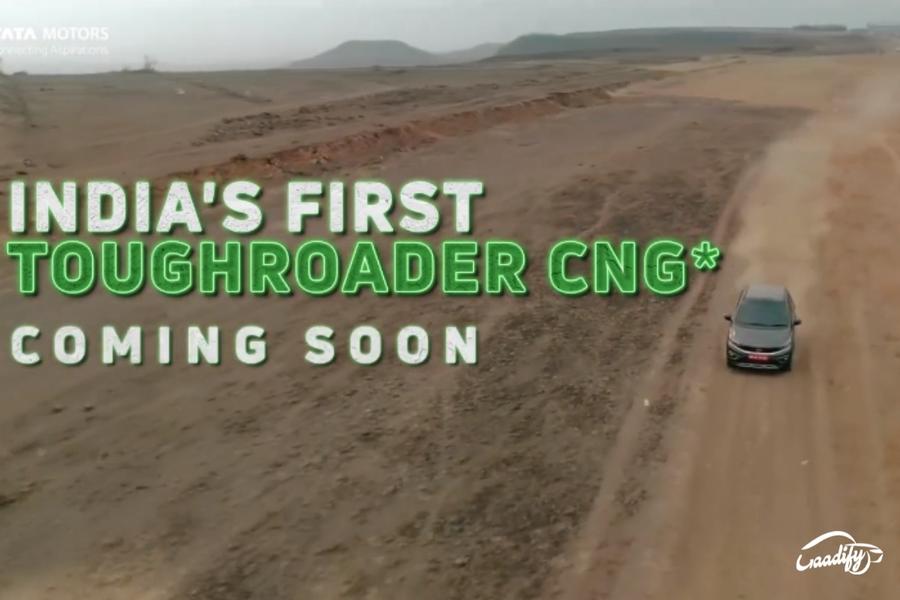 Tata Motors has confirmed that it will launch the CNG iteration of Tiago NRG soon. The rugged hatchback received a facelift update back in August 2021, which gave it slightly updated styling and new features.

The Tata Tiago NRG is powered by a 1.2-litre, 3-cylinder petrol engine (86PS/113Nm), coupled with either a 5-speed manual or a 5-speed AMT transmission. The CNG version will witness a slight drop in the power and torque figures and will come mated to a 5-speed manual transmission only. Similar to the standard Tata Tiago, expect the NRG to also churn out 72PS and 95Nm in CNG mode, with a claimed fuel efficiency of up to 26.49km/kg. It is also expected to get Tata’s direct CNG start and fuel-lid auto ignition-off feature.

For those who aren’t aware, the Tata Tiago NRG is essentially a rugged version of the Tiago compact hatchback that features black body cladding all around, faux silver skid plates, roof rails, black applique on the tailgate and an all-black cabin over the standard model. At 181mm, its ground clearance is also 11mm more than its regular version.

Apart from a few misses, the crossover version of the Tata Tiago has nearly identical features to the standard hatchback. That said, the Tiago NRG doesn’t get auto climate control and alloy wheels. In exchange, it gains 15-inch dual-tone Hyperstyle wheels and the convenience of a push-button start. However, features like a 7-inch touchscreen HARMAN infotainment system with Android Auto and Apple CarPlay, a digitised instrument cluster, height adjustable driver’s seat, cooled glovebox, day/night IRVM, powered ORVMs, dual-front airbags, corner stability control, etc., are common between the two.

Currently, Tata offers the Tiago NRG in two variants: XT and XZ, priced between Rs 6.50 – 7.45 lakh (ex-showroom). Expect its CNG version to command a premium of around Rs 90,000 over their corresponding petrol-only versions.