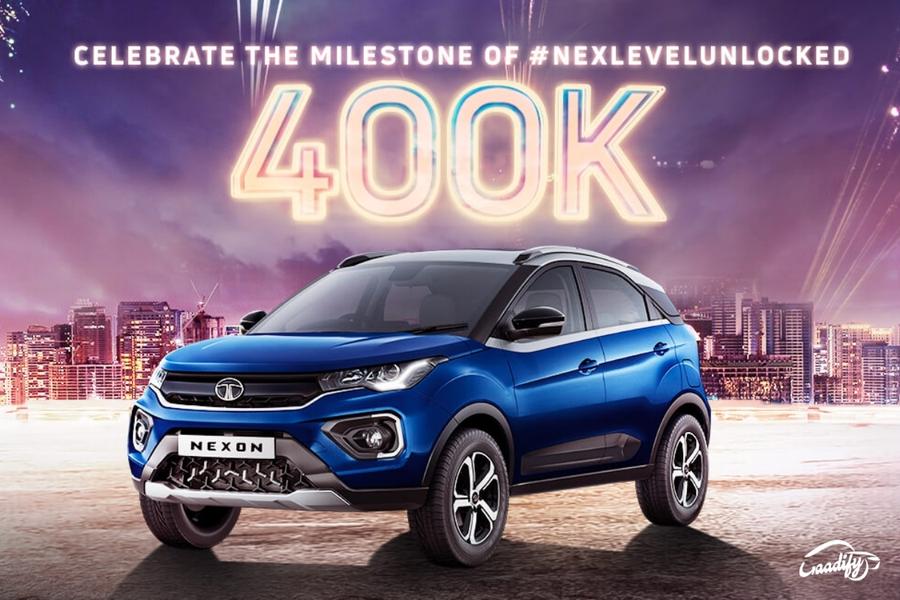 Almost 5 years after its market debut in September 2017, Tata Motors has rolled out the 4,00,000th unit of the Nexon sub-4m SUV from its Pune manufacturing facility. And to mark this occasion, the carmaker has also introduced a new XZ+ (L) variant of the SUV at a starting price of Rs 11,37,900 (ex-showroom, Delhi). It will also be available in Dark Edition.

Powering the Tata Nexon XZ+ (L) is the same 1.2-litre turbocharged petrol (120PS/170Nm) and 1.5-litre turbo-diesel (110PS/260Nm) engines as the other variants that can be had with either a 6-speed manual or a 6-speed Automated Manual Transmission (AMT).

In other news, Tata Motors has recently launched a new sunroof-equipped XMS variant of the Harrier mid-size SUV at a starting price of Rs 17.21 lakh (ex-showroom). The carmaker has also announced to launch the Tata Punch Camo Edition tomorrow, which will come with a host of visual enhancements and new features over the regular model.