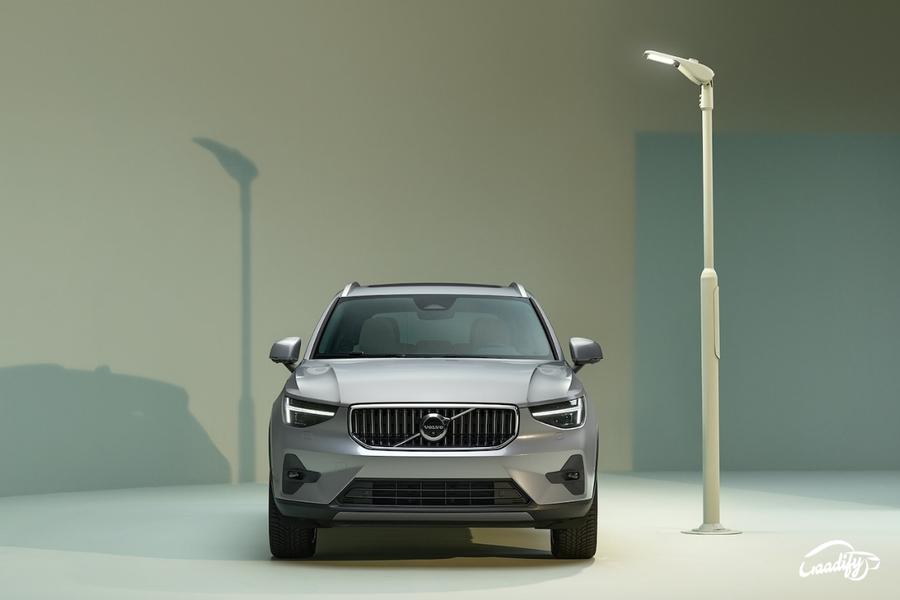 Volvo India has launched the facelifted XC40 in India at an introductory price of Rs 43.20 lakh (ex-showroom, India). The Swedish carmaker has also updated the other cars in its Indian lineup with a new mild-hybrid powertrain. Here’s a look at their new prices: –

*Prices will be revised after the festive season.

The SUV also receives two new monotone color options: Fjord Blue and Sage Green. It will no longer be available in dual-tone shades.

Under the hood, the 2023 Volvo XC40 equip a 2.0-litre turbocharged petrol engine that now comes paired with a 48-volt mild hybrid system, delivering a combined output of 197PS/300Nm, a gain of around 7PS over its previous model. However, the peak torque remains unchanged. Transmission duties are taken care of by an 8-speed torque converter automatic gearbox, transmitting power to the front wheels only.

In the Indian market, the Volvo XC40 will continue to go up against the BMW X1, Mercedes-Benz GLA, Mini Countryman, and Audi Q3.

The Volvo XC90 has also recieved an Android-based operating system (OS) for its vertically oriented infotainment system. It also gets three new paint schemes: Bright Dusk, Denim Blue, and Platinum Grey, which will be offered with existing white and black shades. The carmaker has also discontinued its 407PS 2.0-liter plug-in hybrid petrol engine. It is now only available with the 300PS 2.0-liter petrol mild-hybrid mill.

The Volvo XC60 and S90 also receive the same mild-hybrid powertrain rated at 250PS and 350Nm.

At the launch event of the Volvo XC40 facelift, the carmaker also announced to introduce a new electric car every year in India. The next EV from the Volvo will be the C40 Recharge that is likely to be launched by mid-2023.