Should You Install Bullbars On Your Cars?

The Indian affection for bigger ca…. Excuse me, bigger looking cars filters through every niche from the very top to the bottom. Indian automobile markets or rather bazaars are flooded with aftermarket additions to give your car a bit more big character. Not all these products appeal to the design and aesthetic aspect though, some of these are also put under the safety veil to appeal to an even broader base. A lot of these products though are based on loose layman assumptions and do not really translate to on-road practicality. One such accessory which has now really become a fad is the bull bars, which are also known as the crash guard / protection beam or bumper guard. 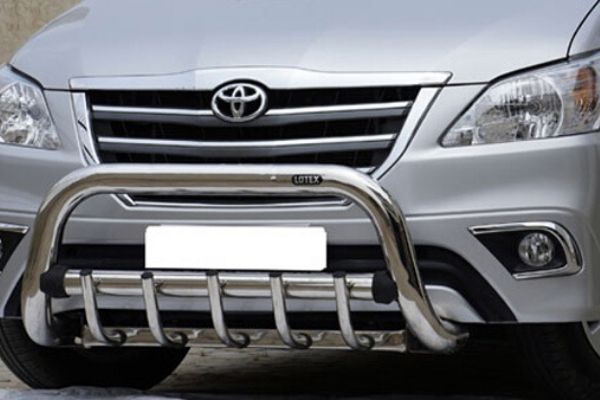 You must have seen one of these on our roads, especially in urban spaces. They come as steel or aluminium beams which are screwed right into the chassis of the vehicle. They are available for both the rear and front profile of the vehicle. Let us discuss its applications (intended and actual) and why did the government ban these guards for cars and SUVs in India.

The bullbars: A Threat Tool

Bull bars or the crash guards are said to protect the cars in major accidents. But this not true, it is just a propagated myth. There is no mechanical evidence of bull bars helping in major accidents. Thus, anything you may hear was most probably anecdotal coincidences. Instead, some of these bars prevent the release of airbags because they blocked the detection sensors.

The front profile of cars are designed as per the pedestrains safety norms. It is engineered in such a manner that in the case of collision it can absorb the impact energy. Hence, using a bullbar will exacerbate the loss to you and to the other party. In some cases, it can possibly threatens life. Along this, It also diminishes the effectiveness of crumple zones.

These protection beams may be helpful to avoid minor scratches. In locations with heavy traffic, it could absorb minor collisions or rubs sparing a few dents. The swirls and scratches from two-wheelers during rush hour traffic can be avoided as well. A rear guard could also be helpful for new drivers because the judgment of the rear while driving may take some time to get accustomed to as well.

But these are all applicable to a rear bumper and not to forget it carries disadvantages of excess weight as well and not really serves much of a purpose. The front bumper, on the other hand, serves no advantage at all. There is nothing except the subjective design appeal which it brings about. And packs in even greater losses as compared to the one on the rear, as already explained. 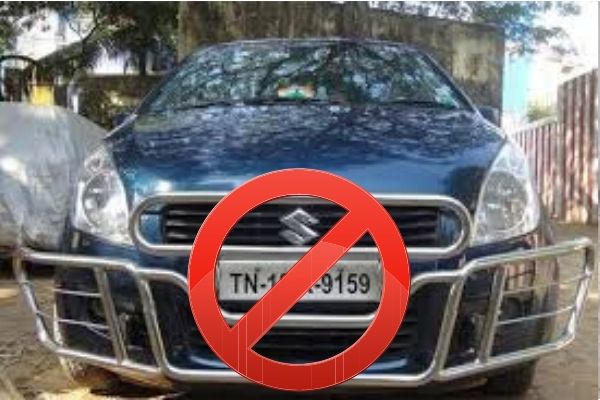 Bullbars Are Banned In India

An old press release from December 2017 from the Ministry of Road Transport And Highways banned the application of bull guard from thereon. Thus on paper, it is not just impractical, disadvantageous, and even illegal.