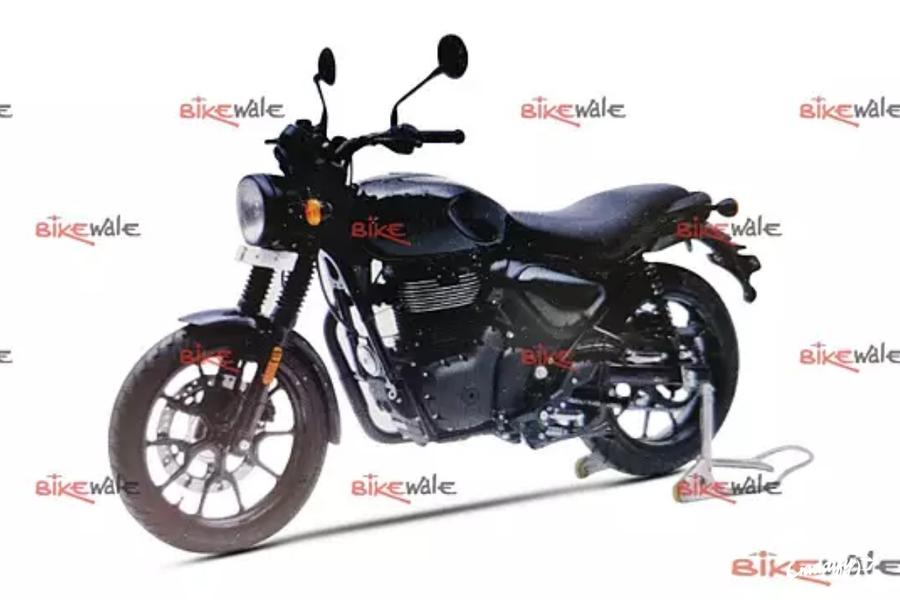 The Hunter 350 is one of the most anticipating bikes from Royal Enfield’s upcoming product pipeline and one of the most talked-about products in the Indian motorcycle market at the moment. We have seen this RE’s new J-platform-based bike numerous times during testing, and now, images of its production-ready version have been leaked online, suggesting that its launch is just around the corner, probably in July 2022.

Royal Enfiled Hunter 350 – What do the leaked images reveal?

The upcoming Royal Enfield Hunter 350 features modern-retro street naked styling that with a round halogen headlamp, a single-piece long seat, and a teardrop-shaped fuel tank with knee cut-outs will slightly remind you of the Triumph Street Twin. It wears alloy wheels with dual-purpose tyres and fork gaiters, implying that it could be the higher-spec variant of the Hunter 350. Having said that, the bike is expected to come in two variants: one with disc brakes at both ends, while the other will only get a front disc. And similar to its 350cc singling; we expect unique paint options with each of these two trims.

At the heart of the Royal Enfield Hunter 350 will be the same 349cc single-cylinder fuel-injected air-cooled unit as the Classic 350 that makes out 20.4PS and 27Nm. Expect the cult bikemaker to place this new motorcycle below the Classic 350 in its product lineup, ie., pricing it below Rs 1.90 lakh (ex-showroom). Once launched, it will lock horns with the Jawa 42.