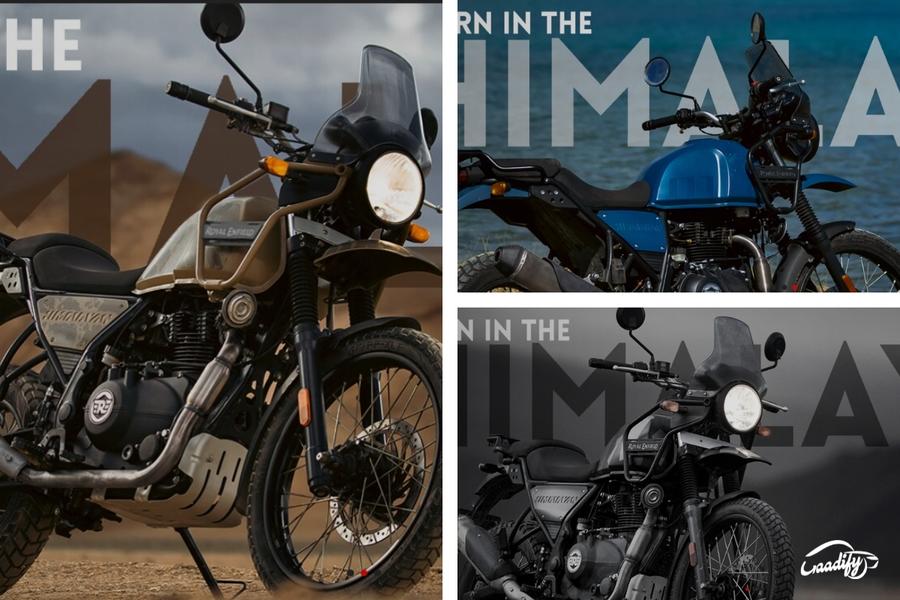 Taking inspiration from the rugged yet scenic terrain of the Himalayas, Royal Enfield has introduced three new colors for the Himalayan adventure motorcycle, namely Glacier Blue, Sleet Black and Dune Brown. They will be sold alongside the existing colour options.

These new paint schemes feature a new stamped logo on the headlight brace as well as the side panels. In addition to this, Royal Enfield has also provided a USB mobile charger as standard with the ADV, which is an essential feature in a motorcycle meant to travel long trips. Now, here’s a look at all the colour options of the Royal Enfield Himalayan with their prices: –

Other than the new colour schemes and a mobile charging port, the Royal Enfield Himalayan remains unchanged.

At the heart of the bike is a 411cc, single-cylinder, air-oil-cooled, fuel-injected, counterbalanced engine that dishes out 24.8PS and 32Nm. It comes mated to a 5-speed transmission.

The bike is based on a half-duplex split-cradle frame, suspended on a 41mm front telescopic fork (200mm travel) and a linked rear monoshock (180mm travel). Braking duties are taken care of by a 300mm disc up front and a 240mm rear disc, with switchable dual-channel ABS as standard.

In the Indian market, the Royal Enfield Himalayan goes up against the Yezdi Adventure.

Also Read: Yezdi Adventure Vs Royal Enfield Himalayan: Which Bike You Should Buy?

In other news, an image of what could be Royal Enfield’s first electric bike has recently surfaced on the web. Take a look here.