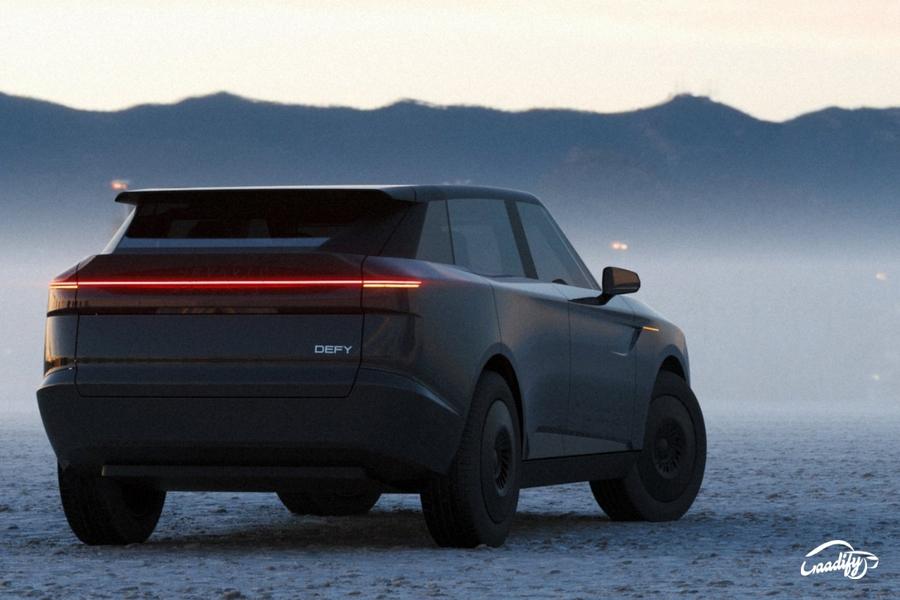 Pravaig, a Bengaluru-based automotive startup, has launched its first electric SUV, the Defy, at a starting price of Rs 39.5 lakh (ex-showroom). Order books for the new EV are now open, while its deliveries are said to be commenced in late 2023. Although the company has not revealed dealership details, it says 34,000 PIN codes will be serviced for the Defy SUV.

The Pravaig Defy is based on a dedicated skateboard platform, which places the battery in the centre of the SUV, thus, liberating generous space inside the cabin.

Design-wise, the Pravaig Defy will remind you of the Range Rover SUVs. With its angular creases and sharp edges, it has a butch feel combined with crossover appeal. The company calls its styling “brutal sophistication”.

Upfront, the car features a thick strap, which is flanked by headlights that seem to blend in with the said strap. There’s also an LED light bar running across its width.

In profile, it has boxy proportions and its sharp crease, rising window line and sloping roofline give it a sporty appearance. Furthermore, a boot lip spoiler along with a roof spoiler and the width-spanning LED light bar adds to its overall dynamic look. Pravaig claims the SUV has a drag coefficient of 0.33.

The other notable attributes and features of the EV include a 10-inch customisable driver’s display, multiple driving modes, powered front seats with ventilation function, a dual-pane glass roof, an air filter, ambient lighting, a 360-degree camera, a tyre pressure monitoring system, and six airbags. The automatic emergency braking feature will also be offered at a later stage via an over-the-air update. The brand also claims that it will not track or resell any user data and will treat it as the consumer’s property.

Pravaig has offered the Defy in two seating configurations: 4 and 5. The former features two individual captain seats in the second row, along with a few additional creature features like a 240V power socket, a wireless charger and two individual 15.6-inch entertainment screens.

Powering the Pravaig Defy is a 5-module 90kWh battery pack with 5,000 Hardcase shells, propelling its dual electric motor setup and churning out a whopping combined power output of 402PS and a peak torque of 620Nm, letting it complete the century sprint in just 4.9 seconds before hitting a top speed of 210kmph. It is claimed to offer a real-world range of over 500 kilometres on a single charge.

The EV comes with a DC fast charging support of up to 150kW that can juice up its battery pack from zero to 80% in simply 30 minutes.