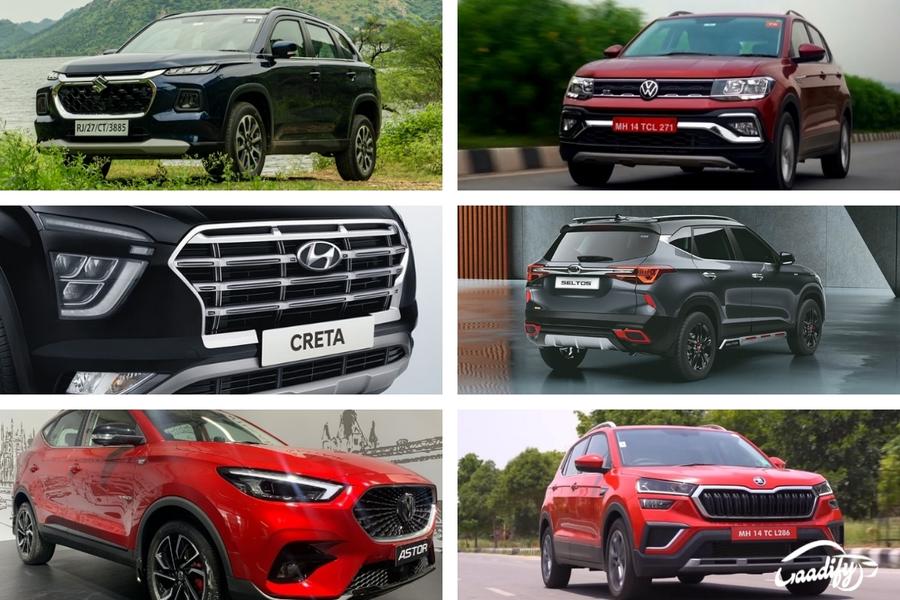 Maruti Suzuki has recently forayed into the hotly contested mid-size SUV segment with the all-new Grand Vitara. It features the segment-first self-charging strong-hybrid powertrain and mild-hybrid petrol engine with an all-wheel drivetrain (AWD) option, which sets it apart from the other contenders in this space. But is that enough to take on the likes of Kia Seltos, Hyundai Creta, and other mid-size SUVs? Let’s find out through a detailed on-paper comparison.

Maruti Suzuki Grand Vitara is a well-loaded offering. It only misses out on auto wipers, powered driver’s seat, front parking sensors, and ADAS technology when compared to the other cars in the segment.