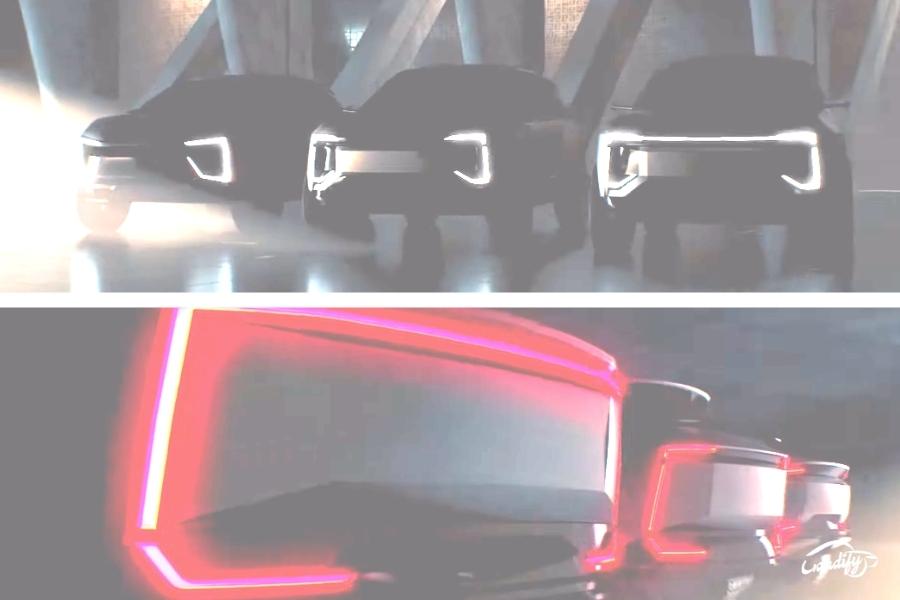 Mahindra has released the first teaser video of its upcoming three new electric car concepts, which are due to make their global debut in July 2022. These vehicles will be a part of Mahindra’s ”Born Electric Vision” lineup of future models.

Designed by Mahindra Advanced Design Europe (MADE) division (headed by Pratap Bose), all these battery electric vehicles will be based on a new & dedicated EV platform that is expected to be scalable for various segments.

While the teaser doesn’t reveal much about the upcoming EVs, they all have a C-shaped lighting system, sloping rooflines, and shared design language. And from their silhouette, it is evident that they belong to a different segment, i.e, compact-SUV, a midsize SUV, and an SUV coupe. Though it is not official, the SUV coupe could actually be the XUV900 (codename: W620) that was showcased at the 2016 Auto Expo as the ”XUV Aero concept”

As revealed in May 2021, the first production-spec BEV is expected to arrive between 2025 and 2026. Until then, Mahindra will launch the electric versions of its ICE models, including the XUV300 and KUV100. While the eKUV100 is expected to be launched in the coming months, the XUV300 Electric will arrive by April 2023.