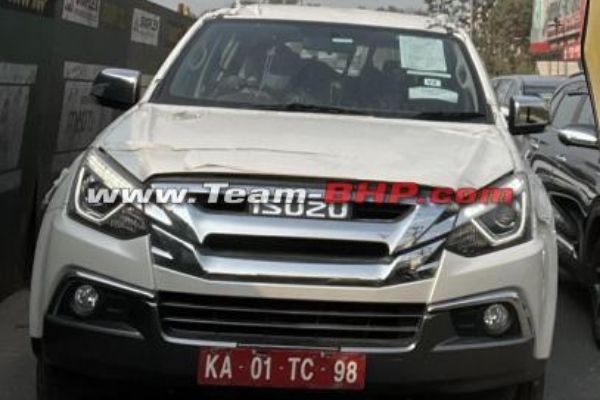 Japanese automaker Isuzu had suspended the production of its BS4 vehicles, including the mu-X and D-Cross V-Cross pickup trucks, by the end of December 2019. The brand was supposed to launch the BS6 offerings in the year 2020. But late in the day, Isuzu is finally ready to take off its BS6 range. Recently, a testing mule of the mu-X has been spotted in Bangalore, and it is likely to be the BS6 version of the SUV. BS6 Isuzu mu-X – What do the spy shots reveal?

The car seen testing was the same model which was on sale in our country before the BS6 emission norms came into effect. However, the brand has already launched the next-generation model in Thailand last year. So, it is not clear whether we will get the new-gen model or will have to satisfy with the previous-gen model. However, we cannot deny the fact that the brand may be using the older model just to test the updated engine. 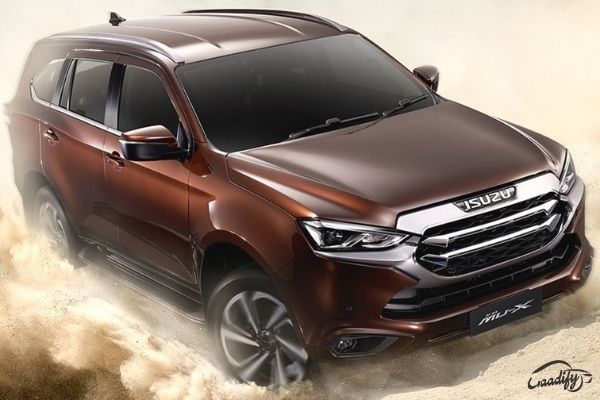 In Thailand, the mu-X is offered with two engine options: 1.9-litre turbocharged petrol (150PS/350Nm) and 3.0-litre turbocharged diesel (190PS/450Nm) unit. Transmission duties are taken care of by the 6-speed automatic gearbox for the diesel variants, conveying the power to all four wheels. The petrol engine, on the other hand, comes with either a 6-speed manual or a 6-speed automatic gearbox.

Prices of the BS6 Isuzu mu-X could start from around Rs 27 lakh (ex-showroom). It is expected to launch later this year. Once launched, it will continue to take on the likes of Toyota Fortuner, Ford Endeavour, Mahindra Alturas G4, and the MG Gloster.