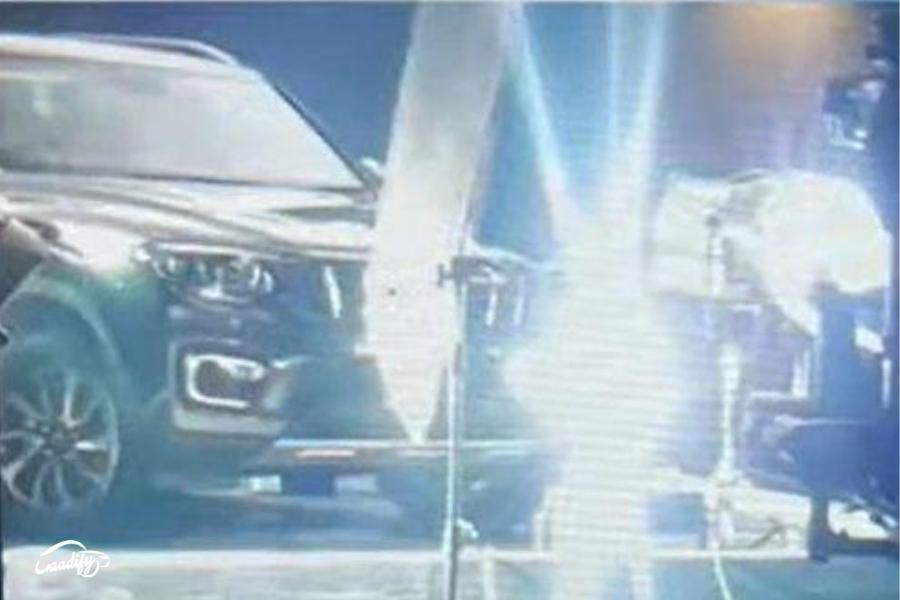 2022 Mahindra Scorpio Caught In Lenses Undisguised For The First Time

The next-gen Mahindra Scorpio has been spied testing countless times, and now for the very first time, the updated SUV has been caught in lenses undisguised during a TVC shoot, implying that its launch is just around the corner.

The image partially exposes the front design of the 2022 Mahindra Scorpio, featuring a new slatted grille, a muscular bumper with a silver skid plate, and chrome trims around the fog lamps. It also reveals SUV’s stylish dual-tone machine-cut alloy wheels.

While the side and rear profiles of the car are yet to be seen, we believe they also have undergone significant design changes. It will also underpin a new ladder-frame chassis and will be bigger than the existing model.

Revealed by the earlier leaked images, it will be offered in both 6-and 7-seater layouts, with the former featuring captain seats in the middle row.

On the mechanical front, the Scorpio will equip Thar’s 2.0-liter petrol and 2.2-liter diesel engines, paired with a 6-speed manual and optional 6-speed torque converter automatic transmissions. Mahindra is also likely to offer all-wheel drive on select variants of the upgraded SUV.

Expect Mahindra to price the 2022 Scorpio from around Rs 10 lakh, putting it in the same league as the Hyundai Creta, Kia Seltos, Skoda Kushaq, Volkswagen Taigun, Maruti S-Cross, and Nissan Kicks.