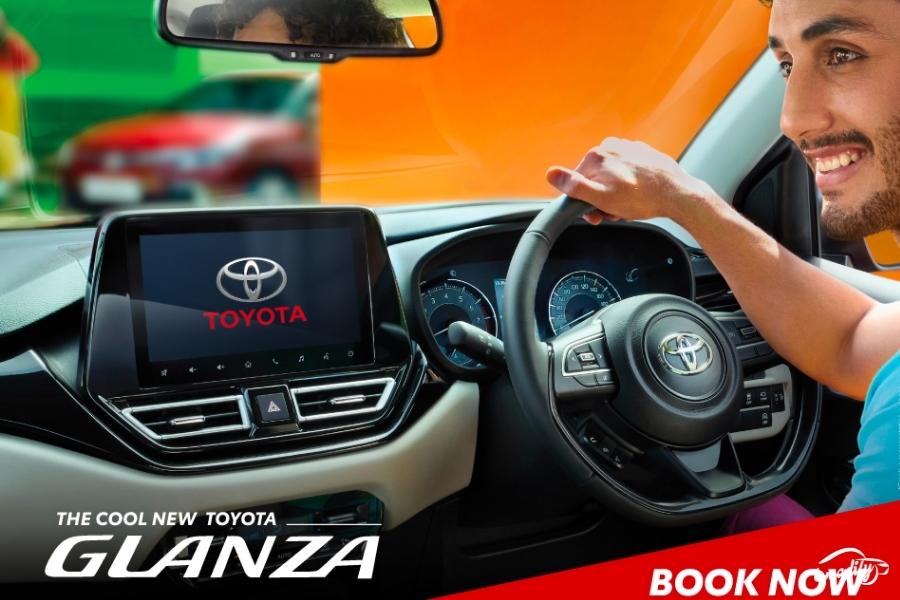 You Can Now Pre-Book The Facelifted Toyota Glanza; Interior Revealed

Toyota India has started accepting bookings for the facelifted Glanza ahead of its launch on March 15, 2022. Interested customers can reserve their units for a token amount of Rs 11,000.

While there are still some days left in the new Toyota Glanza’s launch, the brand has already revealed some of its details through a series of official teasers. And the latest teaser unveils the hatchback’s interior, which now gets a premium-looking black-&-beige shade instead of facelifted Baleno’s black-&-blue color scheme. Also, the silver ornament running across the width of the dash has been replaced with a piano black trim.

Powering the new Glanza will be the 1.2-liter DualJet DualVVT petrol engine (90PS/113Nm) that now comes with an idle engine start/stop function (sans the mild-hybrid tech). Transmission options will include a 5-speed manual and an optional 5-speed AMT instead of the more sophisticated CVT automatic.

Toyota is likely to offer the upgraded Glanza in four trims {E (new), G, S (new), and V} and five colour options. With this, expect the carmaker to price it from around Rs 7 lakh (ex-showroom), placing it against the Maruti Suzuki Baleno, Tata Altroz, Hyundai i20, Honda Jazz, and soon-to-be-discontinued Volkswagen Polo.