Royal Enfield has finally launched the 2021 iteration of the Himalayan adventurer tourer motorcycle at Rs 2,01,314 (ex-showroom Chennai). Compared to the older model, the prices have gone up by Rs 9,913, which is a huge difference. So, what changes does the new Himalayan get in return for this huge premium? Well, we will discuss them point wise below: – 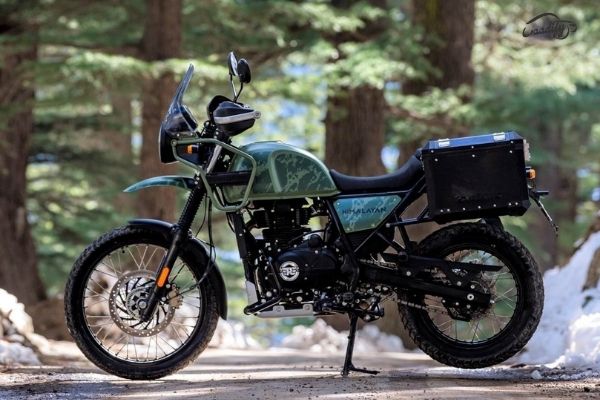 Royal Enfiled hasn't much changed the 2021 Himalayan from the previous model. It retains the same sturdy design cues. However, some of the components have been slightly updated for a better riding experience. Starting from the front, the new Himalayan gets a new & taller smoked finish windscreen to deflect the windblast more prominently, and revised tank braces that have been moved a bit forward to offer more knee space for taller riders. The seat of the motorcycle also gets better cushioning than earlier to aid riding comfort.

RE has also redesigned the tail racks to improve its firmness & useability so that it can carry more baggage than before. 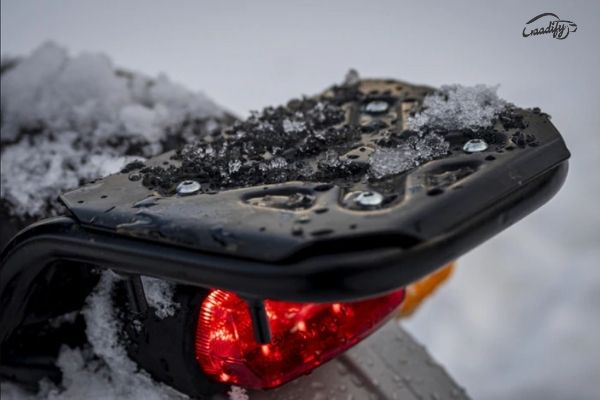 Though these changes might be hard notice for you, what you can discern at first sight is the new color schemes: Pine Green, Mirage Silver & Granite Black, which will come along with the current Rock Red, Lake Blue, and Gravel Grey paint options. 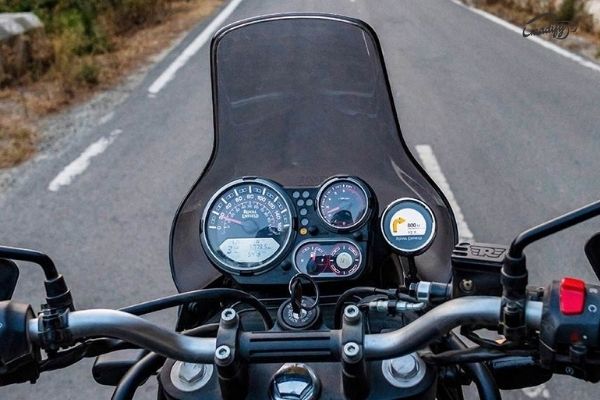 The most notable upgrade for the 2021 Royal Enfield Himalayan is a new pod for the Tripper navigation system, situated beside the exiting instrument cluster. This is the same google powered turn-by-turn navigation assist system that we have already seen on the RE Meteor 350. It works alongside the Royal Enfield mobile application that enables you to pair your smartphone to the system using the Bluetooth connectivity function. However, it won't show the SMS/Call alerts.

No changes have been made to the hardware of the bike. The new Himalayan will continue to uses the same 41mm telescopic fork (200mm travel) at the front and a monoshock (180mm travel) at the rear. The braking setup is also identical, comprising a 300mm front disc and a 240mm rear disc with a dual-channel switchable Antilock Braking System (ABS). For power output, the Himalayan will continue to rely on the ongoing 411cc single-cylinder counterbalanced FI engine. Mated to a 5-speed gearbox, this SI mill generates 24.31PS and 32Nm.

With the 2021 update, Royal Enfield has mainly addressed the older concerns of the Himalayan. And, offering a navigation system is indeed a commendable step forward. However, the premium that the motorcycle demands over the previous model does not completely justify all changes. It would have been better if Royal Enfield had also offered LED lighting systems.