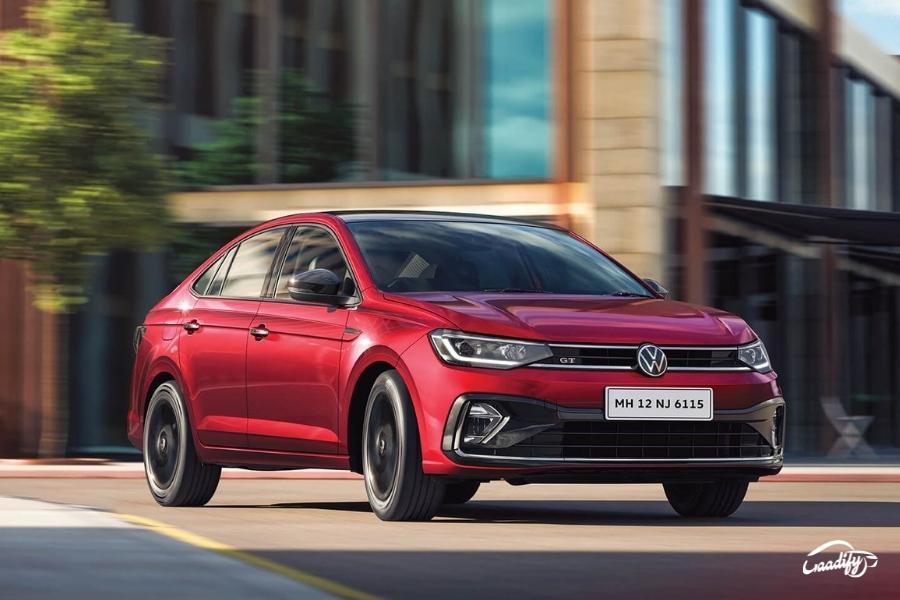 Volkswagen Vento’s successor model, the Virtus mid-size sedan has finally been revealed in India. It is essentially a facelift version of the Virtus sold overseas. Bookings for the same have been commenced officially, while the launch will happen in May this year. Here’s all you need to know about this premium german offering: –

Intro: Based on the highly localized MQB-A0-IN platform, the Volkswagen Virtus will be the carmaker’s second offering under its ‘INDIA 2.0’ project. It will be manufactured at the brand’s Chakan-based plant and will be exported to over 25 countries.

Dimensions: Sharing its underpinnings with the Skoda Slavia, the Volkswagen Virtus is 4,561mm long, 1,752mm wide, 1,507mm tall, and has a wheelbase of 2,651mm. It has a boot space capacity of 521 litres. Here’s how it fares against the aging VW Vento:

Variants: Similar to the Volkswagen Taigun SUV, the Virtus will also be available in Dynamic and Performance Line trims. Their sub-variants will be revealed in the coming days.

Exterior Design: Volkswagen has done an excellent job to make the Virtus look different from its Skoda sibling. Essentially, it borrows its design cues from the 6th-gen Polo facelift sold overseas, featuring a typical VW grille upfront with tons of chrome finishing and sharp LED projector headlamps with LED daytime running lamps. The front bumper comes with piano black highlights along with a chrome underlining, enhancing its overall appearance.

From the side, the Virtus has an identical silhouette to the Skoda Slavia. What differentiate both the sedans are the newly designed 16-inch alloy wheels. At the rear, it gets a split LED taillamp setup and plentiful usage of chrome on the bumper.

Interior and Key Features: The interior design of the VW Virtus mimics the 6th-gen Polo facelift. However, elements like the ID cars-inspired steering wheel, an 8-inch digital driver’s display, touch-based AC control panel, 10.1-inch infotainment system, and gear lever have been borrowed from the Taigun SUV.

GT variant: It is worth noting that the Virtus will also come in sportier GT trims (under Performance Line) that will get bespoke alloy wheels, a blacked-out roof & OVRMs, a rear boot spoiler, plenty of red highlights inside the cabin, and the ‘GT’ badging all around the car.

Powertrain: Powering the Volkswagen Virtus will be the same 115PS 1.0-litre and 150PS 1.5-litre turbo-petrol engines as the VW Taigun, Skoda Slavia, and Kushaq. Transmission options will include a 6-speed manual as standard, an optional 6-speed torque converter automatic for the 1.0-liter unit, and a 7-speed DSG for the 1.5-liter mill.