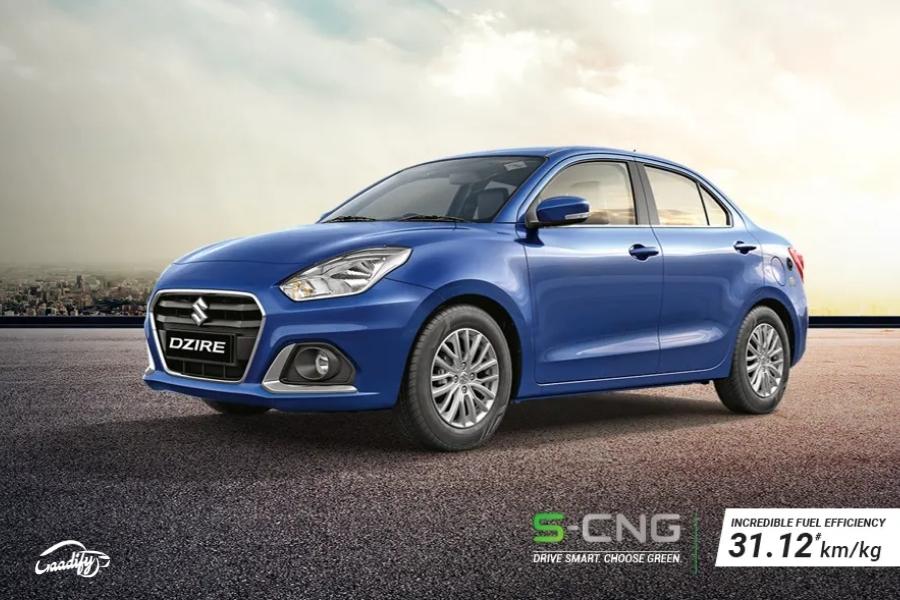 Maruti Suzuki India has launched the CNG-powered iteration of the Dzire sub-4m sedan in India at a starting price of Rs 8.14 lakh (ex-showroom). Here’s a look at the detailed prices:

Available in two variants: mid-spec VXI and second-to-top ZXI, the eco-friendly Dzire commands a premium of Rs 95,000 over their standard petrol counterparts. Interested customers can also bring this new car home on a subscription basis starting at Rs 16,999/month.

The Maruti Suzuki Dzire CNG draws its power from the same 1.2-litre DualJet petrol engine that makes out 77PS and 98.5Nm, 13PS and 14.5Nm lesser than the petrol-only version. Paired with a 5-speed manual transmission, the Dzire is claimed to return a mileage of 31.12km/kg, making it the most fuel efficient sedan in its category.

This eco-friendly three-box Maruti goes up against the Hyundai Aura CNG and Tata Tigor CNG. Soon the Honda Amaze CNG will also join the tribe.