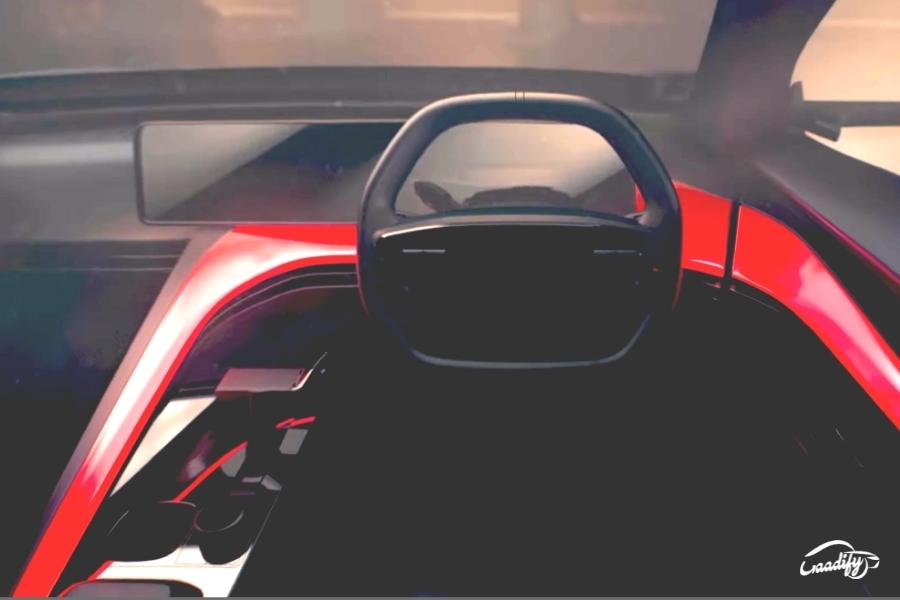 Mahindra has once again teased its upcoming Born Electric Vision range of EV concepts, this time uncovering the interior of the SUVs, which also appears to be in the concept stage. They are slated to be unveiled in July 2022.

For those who aren’t aware, Mahindra had teased three electric concept SUVs last month, comprising a compact SUV, a midsize SUV, and an SUV coupe. And now, the brand has teased the interior of one of these SUVs that has been designed by the brand’s UK-based Mahindra Advanced Design Europe (MADE) division that is headed by Pratap Bose. While it’s not official, we believe Mahindra could adopt a similar design language for all three electric cars.

Mahindra Born EVs – What does the new teaser reveal?

Revealed by the latest teaser, the upcoming Mahindra Born EVs will feature XUV700’s like dual-screen setup. A fighter jet-like wraparound cockpit design could also be seen, highlighted by red-colored ambient lighting. Keen eyes could also notice neatly integrated AC vents in the dashboard. Besides, a drive selector lever and a rotary dial (probably for the drive modes) could also be seen on the center console.

Other notable elements include a sportier-looking hexagonal-shaped multi-function steering wheel and a panoramic sunroof.

Talking about the exterior design of these SUVs, all will feature a C-shaped lighting system, sloping rooflines, and shared design language.

The first Mahindra Born Electric Vision EV is likely to be launched by 2025. Expect more details about these electric concept SUVs to come out in the coming days.