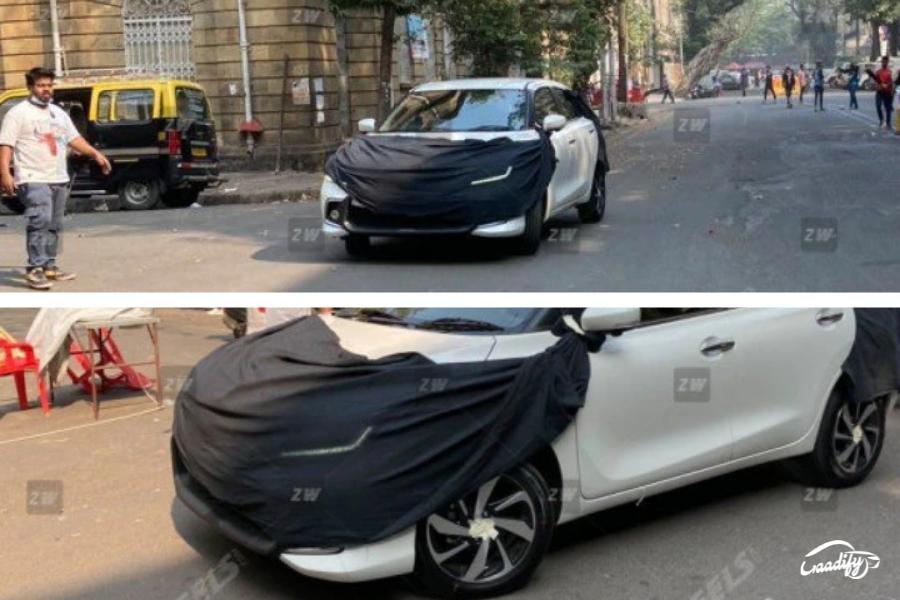 Select Toyota dealerships across the country have started accepting bookings for the facelifted Glanza hatchback ahead of its expected launch in March 2022.

2022 Toyota Glanza Facelift – What To Expect?

Exterior: – Since the Toyota Glanza is essentially a rebadged version of the Maruti Suzuki Baleno, it is likely to get similar sort of updates as the recently launched Baleno facelift. However this time, the Glanza will have more differentiating elements from the new Baleno, including chrome finished slate grille, single-strip LED DRLs and differently designed front bumper with new fog lamp housings.

Changes on the side and rear will be limited to the new alloy wheels, reworked bumper, and extended LED combination tail lamp as the 2022 Baleno.

Interior and features: – The interior design and features list of the new Glanza is also likely to be on par with the updated Baleno. That said, it will also get a new 9-inch touchscreen infotainment system, voice assistant, a head-up display, connected car tech, a 360-degree camera, a new steering wheel, rear AC vents, up to six airbags, ECS and hill hold assist. Besides, it could also get a distinct interior shade.

Engine and Gearbox: – Under the hood, the new Glanza will equip the 1.2-liter DualJet petrol engine (90PS/113Nm) with idle engine start/stop, paired with either a standard 5-speed MT or an optional 5-speed AMT.

Expected price and rivals: – Expect the 2022 Toyota Glanza to be priced from Rs 8 lakh, putting it against the range-topping variants of Hyundai i20, Honda Jazz, Volkswagen Polo, and its donor model, the Maruti Baleno.