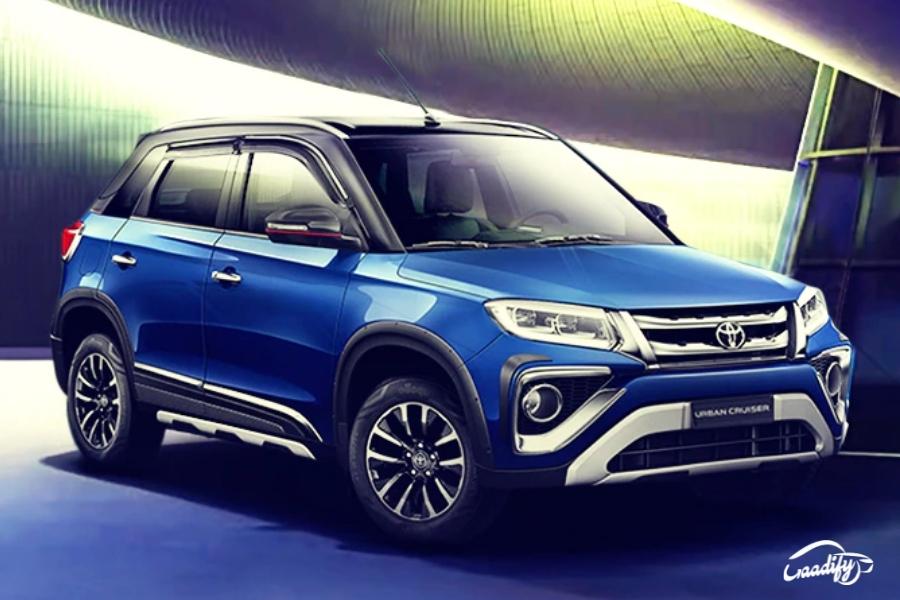 Toyota India has delisted the Urban Cruiser from its official website, which affirms that the Japanese carmaker has pulled the plug on its sub-4-meter SUV. It was launched in September 2020 with prices starting from Rs 8.40 lakh (ex-showroom Delhi).

For those who aren’t aware, the Toyota Urban Cruiser was a rebadged version of the Maruti Vitara Brezza which has recently received a generation upgrade. However, the Urban Cruiser is unlikely to get any updates.

Powered by a 1.5-litre 4-cylinder engine, the Toyota Urban Cruiser SUV was available in petrol guise only and came with a 5-speed manual and a 4-speed torque converter automatic transmission options. The automatic version was also equipped with a 48V mild-hybrid system.

Before discontinuation, the Urban Cruiser was available in three variants: Mid, High and Premium, which were priced between Rs 9.03 – 11.73 lakh (ex-showroom).

Well, Toyota is all set to unveil its all-new Innova Hycross MPV on November 25 in India, which is likely to go on sale in early 2023. The brand is also reportedly working on a new crossover based on the Baleno/Glanza premium hatchback that is expected to be called Toyota Taisor.