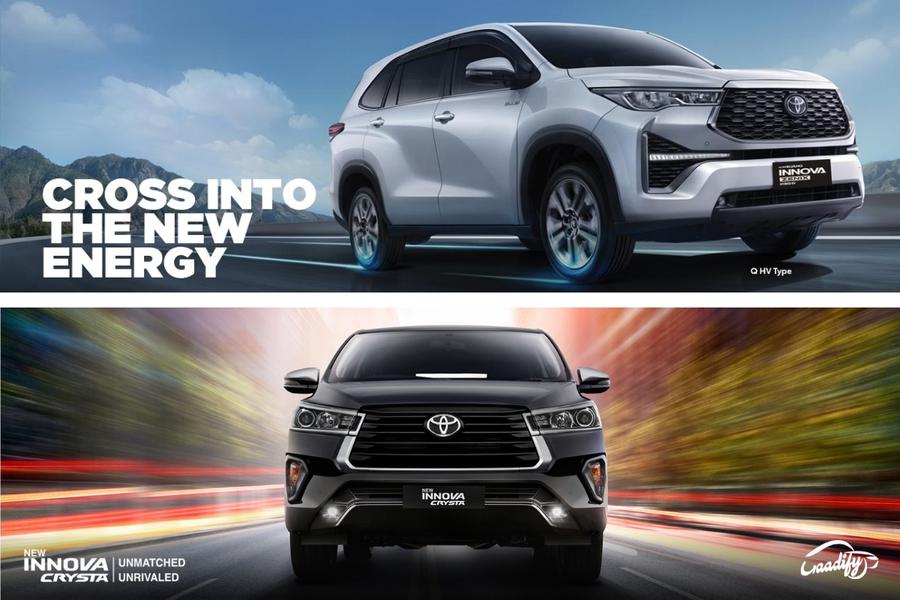 The Toyota Innova Hycross is all set to make its India debut on November 25. However, it has already been revealed in Indonesia. So, in order to see what all has changed, we have compared its Indonesian-spec version to the ongoing Innova Crysta.

Unlike the Innova Crysta which comes in both petrol and diesel guises, the Hycross will be available only in the petrol version. It will also get the option of a segment’s first strong-hybrid powertrain that will make a combined power output of 186PS. Furthermore, it gets a front-wheel-drive setup, whereas the Innova Crysta has a rear-wheel-drive configuration.