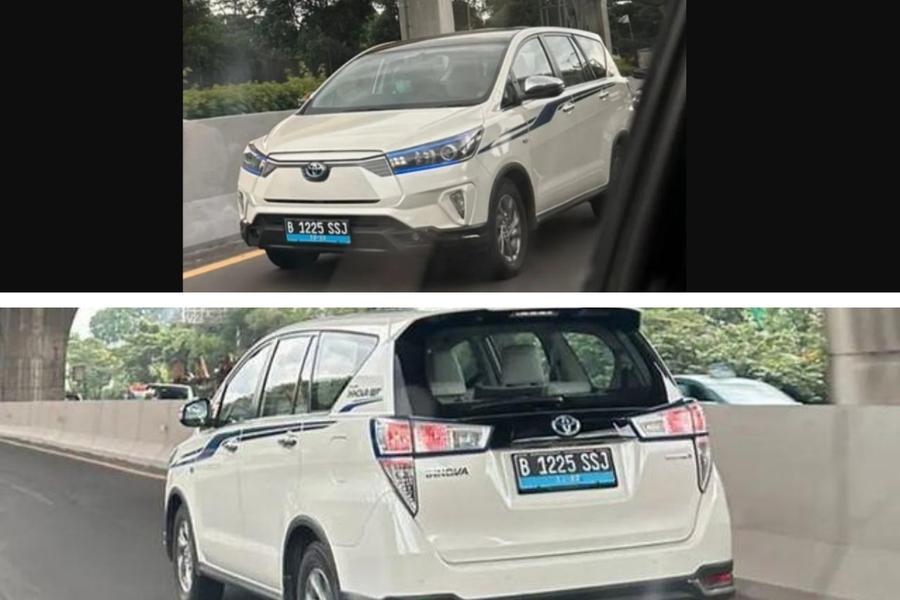 First showcased at the Indonesia International Motor Show (IIMS) earlier this year, the electric iteration of the Toyota Innova has spied testing for the first time. It was based on the Innova Crysta which was recently replaced by the all-new Innova Hycross in India. However, it will soon be relaunched in a new toned-down avatar.

Design-wise, the electrified Toyota Innova looks largely similar to the Innova Crysta, except for some minor visual distinctions, such as a closed-off grille, tweaked bumpers, EV badging on the front fenders and tailgate, as well as blue colour finishes on various parts to signify its electric nature.

Innova EV’s interior layout is identical to that of the ICE version. However, it gets an updated instrument cluster with analogue dials and a digital eco meter. Furthermore, the brand has updated its infotainment system to display information such as the battery level, speed, available range, and current power output.

Technical details of the new Toyota Innova EV are under wraps for now. However, it is worth noting that this model has been developed for R&D purpose only and is unlikely to go on sale.