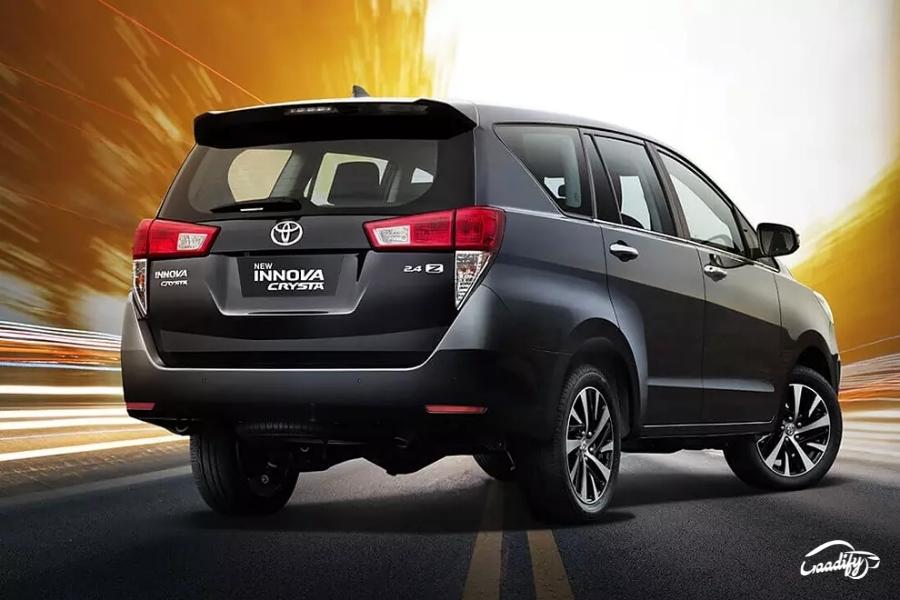 Soon after revealing the new generation Innova Hycross, Toyota India has now officially discontinued the old-gen Innova Crysta premium MPV. The Japanese carmaker has pulled it from its official website, suggesting that the highly loved people mover has been phased out from India.

Earlier, it was expected that both the new monocoque-based Innova Hycross and ladder-on-frame Innova Crysta will be sold simultaneously in the Indian market. However, now it seems like the carmaker has different plans.

Before discontinuation, the Toyota Innova Crysta was available in petrol guise only. Bookings for its diesel version were halted a few months ago due to high demand. While the diesel model featured the 2.4-litre motor rated at 150PS and up to 360Nm, the petrol version was powered by the 2.7-litre mill good for 166PS and 145Nm. The rear-wheel-driven MPV was offered with both a 5-speed manual and a 6-speed torque converter automatic gearbox.