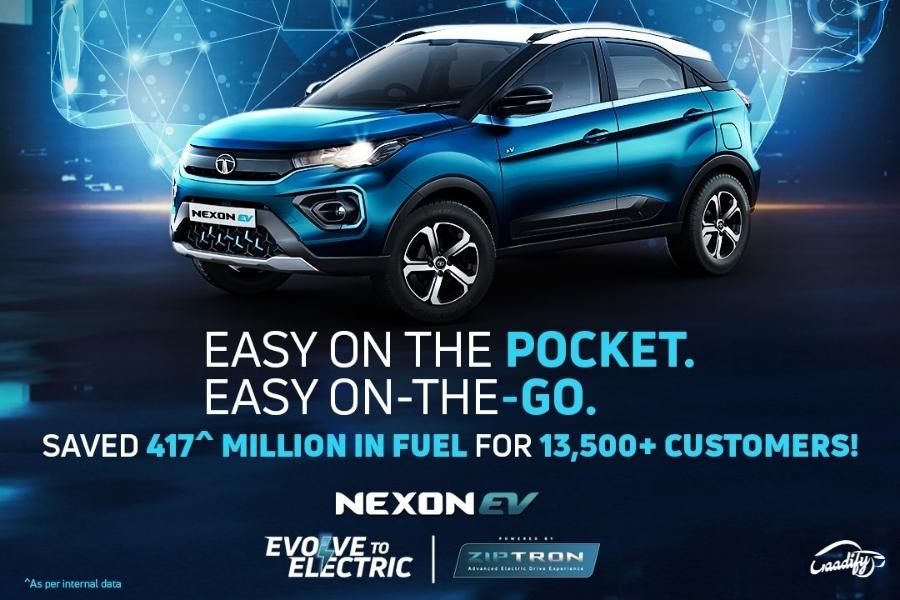 India’s most popular electric car, the Tata Nexon EV, has accumulated sales of over 13,500 units since its launch in January 2020. Currently, the SUV is witnessing a waiting period of nearly six months, depending on the variant and location. On the other hand, the recently launched Tigor EV sedan has a one-month waiting period for most trims.

The high popularity of the Nexon EV can be attributed to its value-for-money quotient. It is India’s most affordable electric SUV that also meets the subsidy norms offered by the Government of India. Interestingly, this is the only electric SUV that is eligible (select variants are eligible) for subsidy provided under the FAME II scheme.

As per the reports, the Nexon EV is wildly popular among people in Maharashtra, thanks to the state govt’s subsidy and revised early bird incentives.

For those who aren’t aware, Tata offers the Nexon EV in three variants – XM, XZ+, and XZ+ LUX, which are priced from Rs 14.29 lakh to Rs 16.90 lakh (ex-showroom). Driving the electrified SUV is a 129PS permanent magnet synchronous motor paired with a 30.2kWh lithium-ion battery pack. It offers an ARAI-claimed range of 312km. However, going by the customer’s feedback, its real-world range is around 200 kilometers. Soon it will receive a new battery pack with an extended range of over 400km.