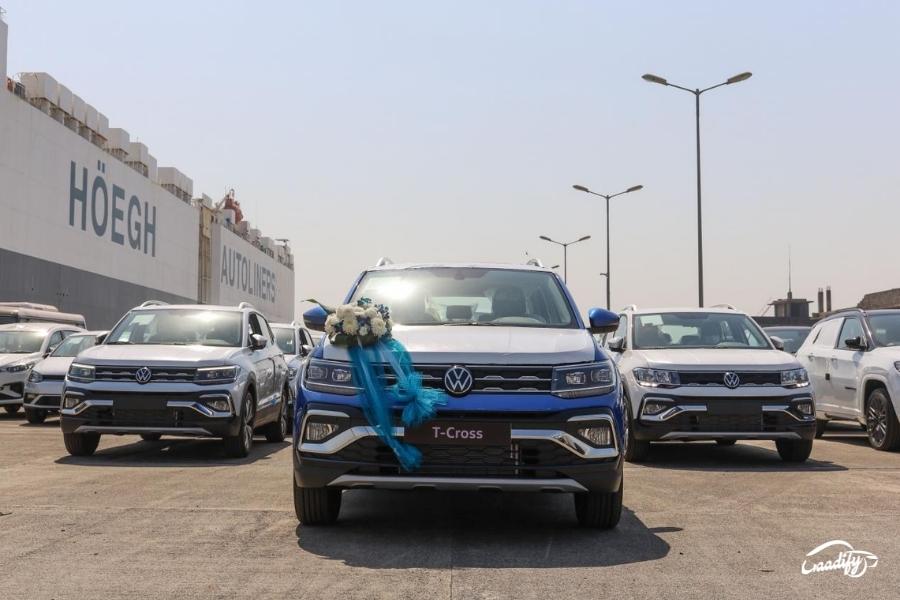 Volkswagen has commenced exports of the made-in-India Taigun SUV to the overseas market. Manufactured at the VW’s Chakan-based plant, the first batch of 1,232 vehicles is being shipped to Mexico from Mumbai, where it is known as Volkswagen T-Cross. However, it is worth noting that the European-spec T-Cross is quite different from the Mexican spec version.

How the Mexican-spec VW T-Cross is different from the Made-in-India Taigun?

Well, nothing much. The Mexican-sec Volkswagen T-Cross looks similar to its Indian counterpart (Taigun) except for the fact that it gets a left-hand drive setup, a panoramic sunroof (Taigun here has a single-pane unit), and a 1.6-litre petrol engine under the hood that delivers 110PS and 155 Nm. This engine comes mated to either a 5-speed manual or a 6-speed torque converter automatic transmission.

On the other hand, the Indian-spec Taigun comes with two turbocharged petrol engines: a 1.0-liter, 3-cylinder unit (115PS/175Nm) and a larger 1.5-litre, 4-cylinder unit (150PS/250Nm). Both engines get a 6-speed manual gearbox as standard, with the smaller capacity motor getting an optional 6-speed torque converter and the 1.5-litre mill getting a 7-speed dual-clutch automatic (DCT) option.