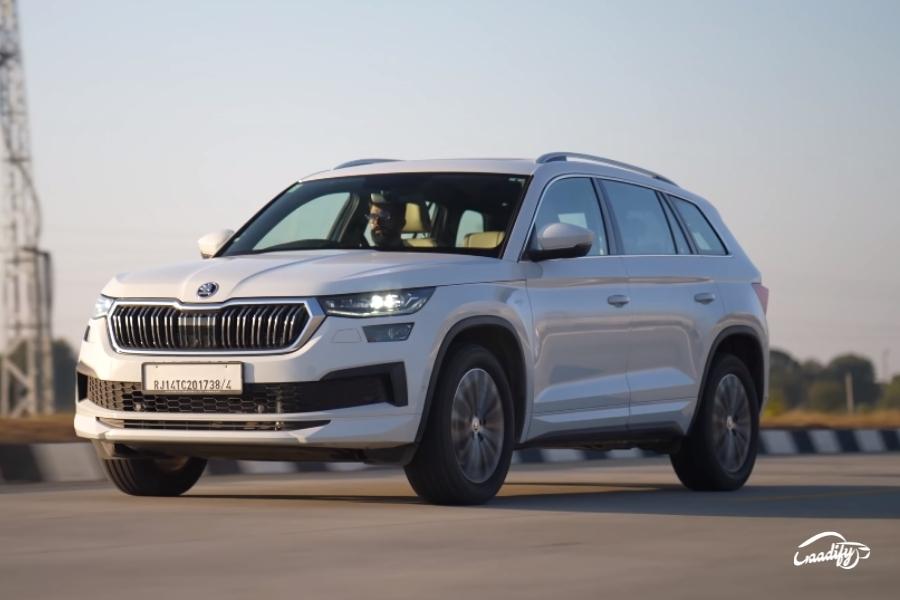 Skoda Auto India has hiked the asking rates of the recently launched Kodiaq facelift by Rs 1 lakh. The new prices will be effective from April this year, i.e, on the second batch of the SUV. Its first lot was sold out within 24 hours of its launch.

With this hefty hike, the price gap between the facelifted Kodiaq and its closest body-on-frame rival, the Toyota Fortuner (petrol variants), will increase by Rs 5.51 lakh. For reference, Toyota currently retails the Fortuner Petrol between Rs 31.39-32.98 lakh (ex-showroom).

For those who aren’t aware, Skoda launched the facelifted Kodiaq on January 10 with a host of cosmetical and features changes. It also received a new 190PS 2.0-litre turbo-petrol engine, paired with a 7-speed dual-clutch automatic transmission, driving all four wheels.

Features onboard include an 8-inch touchscreen infotainment system with wireless Apple CarPlay and Android Auto, a 12-speaker Canton sound system with subwoofer, tri-zone climate control, ventilated front seats, a panoramic sunroof, 10-colour ambient lighting, cruise control, and a digital driver’s display. It also gets Dynamic Chassis Control, which permits the user to adjust the dampers according to their preferences for added convenience.

Interested customers can book the new Skoda Kodiaq for a token of Rs 50,000. However, buyers will have to wait for around four months to bring it home.