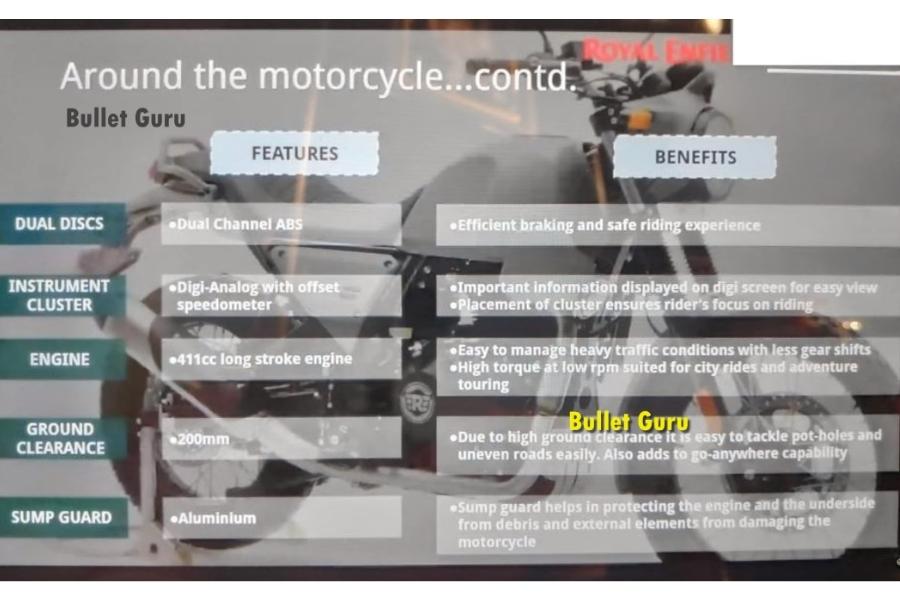 Royal Enfield has announced to launch the Himalayan’s sibling, the Scram 411, on 15th March 2022. It has been specially designed to take on the trails as well to satiate your off-road appetite.

While there are still some days left in its official arrival, we already know almost everything about the bike thanks to the earlier leaked brochure images. To jog your memory, the Royal Enfield Scram 411 will be a scale down version of the Himalayan that will be well suited for your daily commute as well as moderate expeditions. Compared to the Himalayan, it will feature a 19/17-inch wheel setup (instead of the ADV’s 21/17-inch units) and will drop the headlight brace-cum-jerry can holders.

It will get a triple clamp-mounted circular halogen headlamp (without the windshield) and Meteor 350’s twin-pod instrument cluster with a tripper navigation display. Besides, the rear profile, suspension travel, ground clearance, and curb weight of the bike have also been revised to suit the character of the bike.

Powering the RE Scram will be the same 411 cc long-stroke single-cylinder counterbalanced air-&-oil-cooled engine as the Himalayan that delivers 24.3 PS and 32 Nm, paired to a 5-speed transmission.

Expect RE Himalayan Scram 411 to be priced at around Rs 2 lakh (ex-showroom). Once launched, it will lock horns with the likes of Yezdi Scrambler and Honda CB350RS.