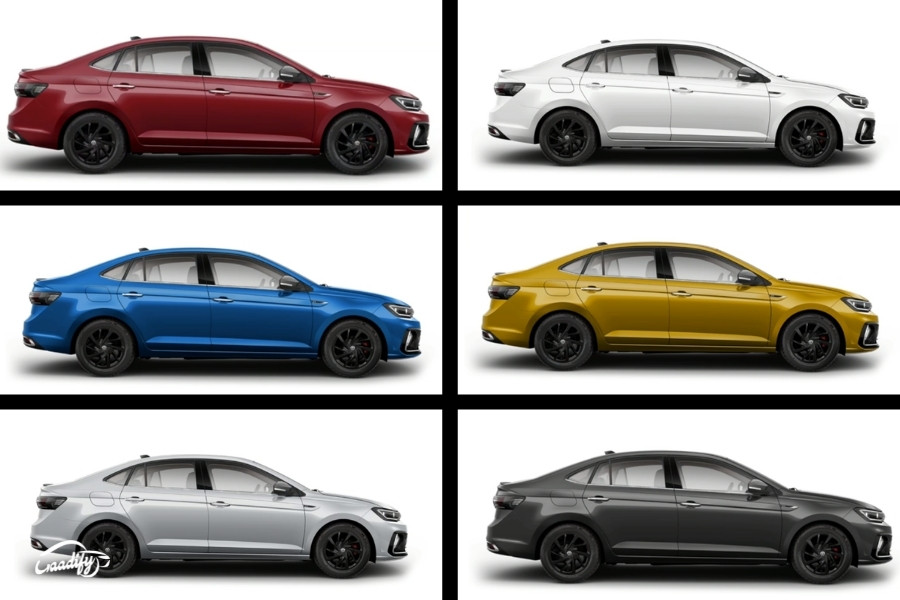 German carmaker Volkswagen has recently revealed its upcoming Virtus mid-size sedan that will replace the aging Vento from its Indian portfolio. It will come in six colors, including the funky-looking Curcuma Yellow that gel well with the sedan’s classic three-box design. Here’s a look at all of the exterior paint options offered with the Virtus:

The safety kit will include up to six airbags, ABS with EBD, electronic stability control, multi-collision braking, ISOFIX child seat anchorages, and rear parking sensors with a camera.

Bookings for the Virtus are already underway ahead of its price announcement in May 2022. Expect Volkswagen to price it from around Rs 10.5 lakh to Rs 18 lakh (ex-showroom), putting it against the Honda City, Hyundai Verna, Skoda Slavia, Maruti Ciaz, and the upcoming Toyota Belta.