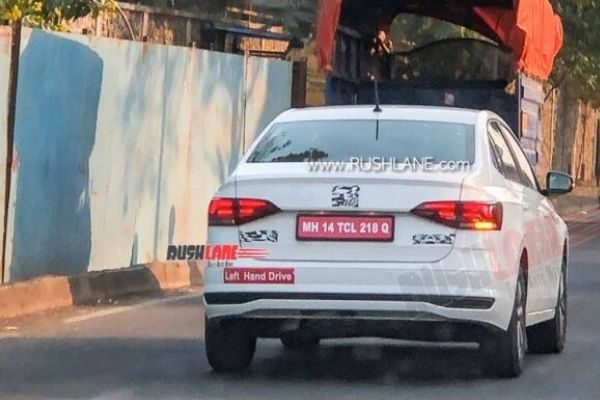 Volkswagen and Skoda are all set to launch their compact SUVs in the early month of 2021 to rival Hyundai Creta & Kia Seltos. After these SUVs, both brands will launch compact/mid-sized sedan cars in the Indian market. The upcoming sedan car under the Volkswagen's parasol could be the Virtus, which has been recently spotted during road testing in Pune with minimal camouflage, only covering the model name & logos. Also Read: Volkswagen Polo And Vento To Get Dearer In January 2021

The testing mule was the left-hand drive model, which suggests that the brand might be testing its behavior on Indian driving conditions.

For the people not in know, the Virtus is based on the 6th generation Polo and is already available for sale in various other markets like Brazil, South America, etc. It is based on the VW group's MQB-AO platform, whose Indian derivative, popularly known as MQB-AO IN is in the development phase under VW's India 2.0 plan. The VW Virtus sedan measures 4.48 meters in length, and comes well-equipped with great comfort and tech features such as LED headlamps, a 10.25-inch digital instrument cluster (Active Info Display), an 8-inch touchscreen infotainment system, a high degree of connectivity (for example via App-Connect), auto climate control, rear AC vents, keyless entry with engine start/stop button, 18-inch alloy wheels, multiple airbags, rear parking sensors & camera, etc. 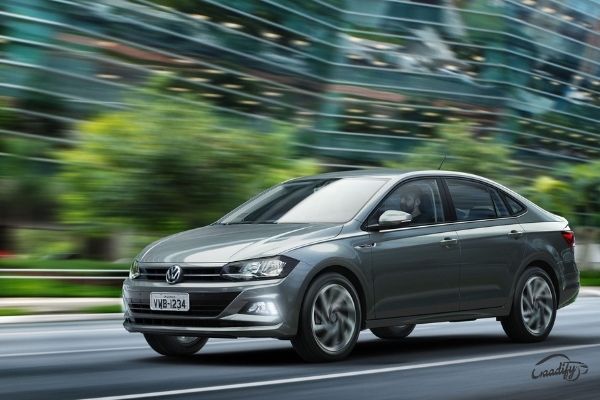 In international markets, the Virtus comes with a 1.0-litre turbocharged petrol (130PS/200Nm), and 1.5-litre turbocharged petrol (150PS/250Nm) engines. In India, it is expected to get only the 1.0-litre TSI engine, just like the current generation Vento. It will come mated to either a 6-speed manual or a 6-speed torque converter automatic gearbox.

The Volkswagen Virtus could be launched by the end of 2021 or early 2022. It will be a successor version of VW Vento. However, currently, we don't know whether it will carry the "Vento" badging or will make a debut with a new name, as is the case with the successor model of Skoda Rapid.

In terms of pricing, the new Volkswagen sedan will surely command a premium over the existing Vento model, which retails between Rs 8.93 lakh and 13.39 lakh (ex-showroom). Once launched, it will be positioned against the likes of Maruti Suzuki Ciaz, Honda City, Skoda Rapid, Hyundai Verna, and Toyota Yaris.