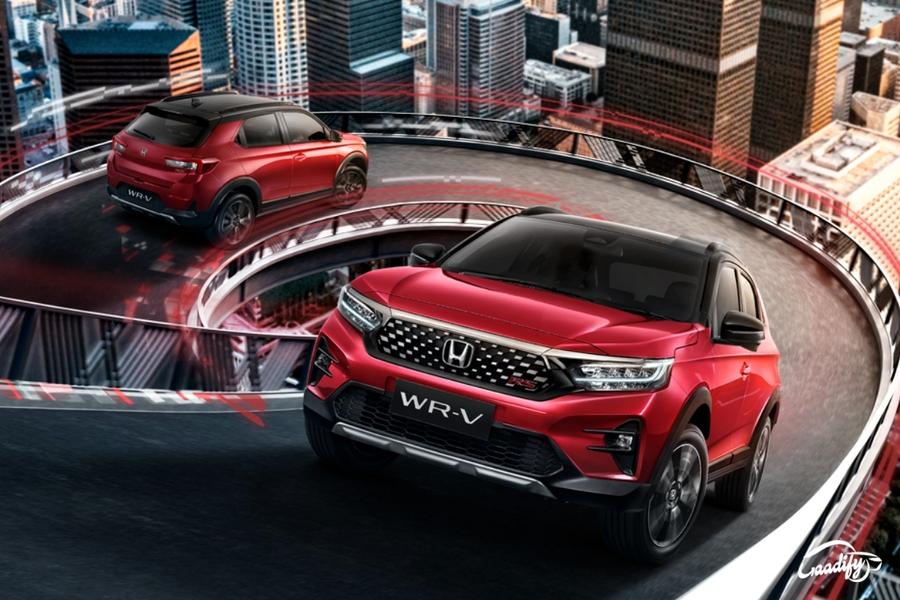 New Gen Honda WR-V Revealed; Will It Launch In India?

The much-anticipated second-gen Honda WR-V has finally been launched in Indonesia. Based on the Honda RS Concept, the new WR-V gets a more assertive, SUV-like design rather than the cross-hatched look of its outgoing model.

The new-gen Honda WR-V is based on the same platform that also underpins the Indian-spec Amaze sedan. Featuring a muscular yet sleek & assertive aerodynamic design, it is longer and wider than its predecessor. The key exterior highlights are –

Under the hood, the new Honda WR-V is equipped with the same 1.5-litre petrol engine as the 5th-gen Honda City that makes 121PS of maximum power and 145Nm of peak torque. Transmission options include a 5-speed manual and a CVT automatic unit.

Will Honda Launch The New WR-V In India?

While Honda is yet to make any official announcement regarding the same. But reports suggest that its India launch is currently under consideration.