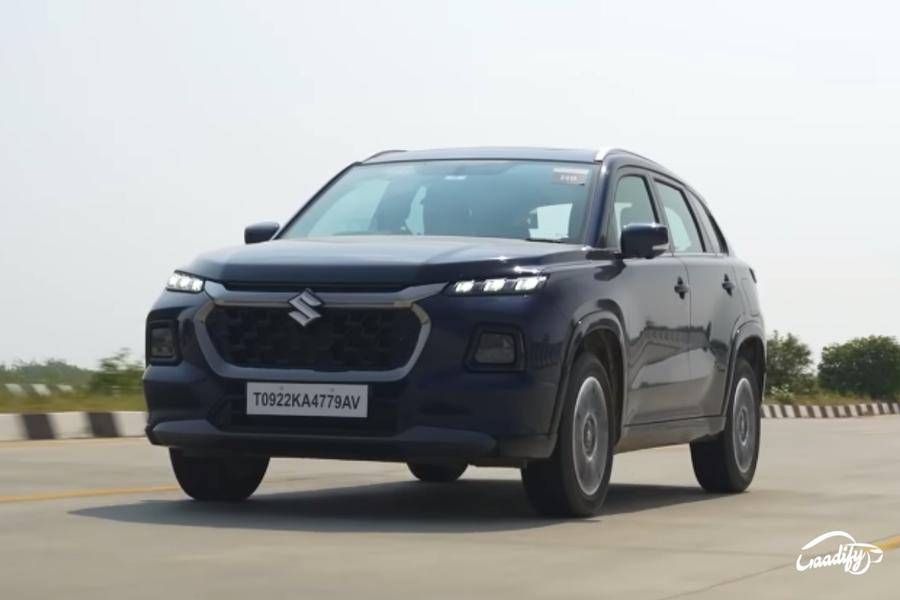 Toyota Urban Cruiser Hyryder will be the country’s first mid-size SUV with a factory-fitted CNG kit. Its bookings are now underway, and prices will be announced in the coming weeks. In light of this development, Maruti Suzuki is also likely to introduce a CNG-powered Grand Vitara. In any case, it is likely to be introduced after Hyryder CNG and Brezza CNG are launched.

Similar to the Toyota Hyryder, the Vitara CNG will also be powered by the same 1.5-litre, 4-cylinder petrol engine as seen on the recently introduced XL6 CNG that churns out 88PS and 121.5Nm when driven in CNG mode. And given the fact that the Brezza CNG will be offered with both manual and automatic transmission options, we can’t deny the same development for the Grand Vitara. Expect it to return a fuel efficiency of approximately 26km/kg.

Expect Maruti Suzuki to offer the Grand Vitara CNG in the Delta and Zeta trims of the SUV that currently range between Rs 11.90 lakh and Rs Rs 15.39 lakh (ex-showroom). We assume the CNG variants of Grand Vitara to be around Rs 95,000 more expensive than their standard counterparts.