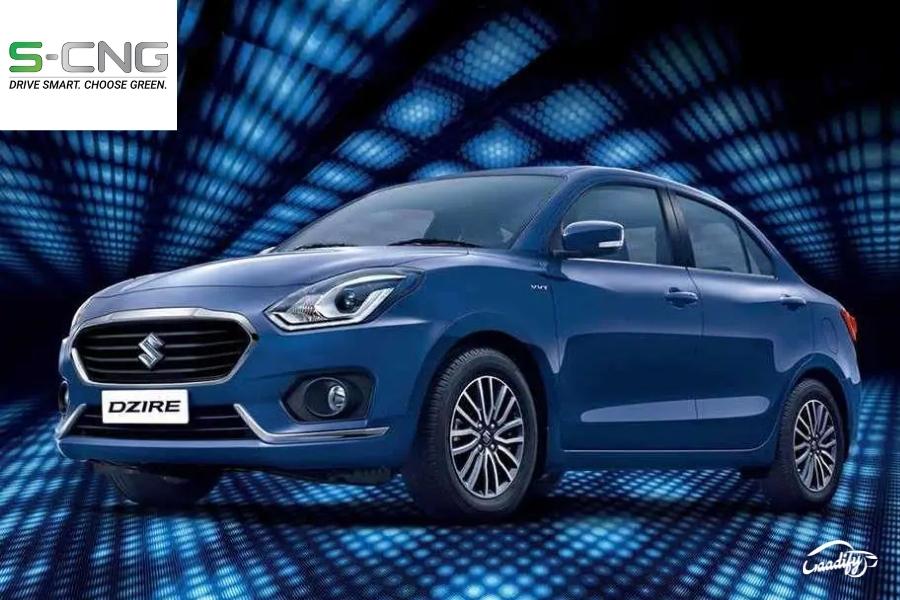 Amidst the prospect of a rise in petrol prices once again, select Maruti Suzuki Arena dealerships across the nation have begun accepting unofficial bookings for the Dzire CNG. It is expected to be launched in the coming days and is likely to be restricted in the mid-spec VXi and second-to-top ZXi variants of the sub-4m sedan.

Powering the Maruti Dzire CNG will be the same 1.2-liter Dualjet petrol engine as the ongoing model. However, the power figures will go down when running on CNG. For reference, this power mill makes out 90PS/113Nm in petrol mode. A 5-speed manual transmission will be standard across the lineup, while the 5-speed AMT unit will continue to be optional with select petrol-only variants.

Expect the environment-friendly Dzire to command a premium of around Rs 90,000 over their respective petrol-only variants, which are priced at Rs 7.19 lakh (VXI) and Rs 7.89 lakh (ZXI) (ex-showroom Delhi). Once launched, it will go up against the Hyundai Aura CNG and the recently launched Tata Tigor CNG. Soon Honda will also foray into the CNG segment with Amaze.