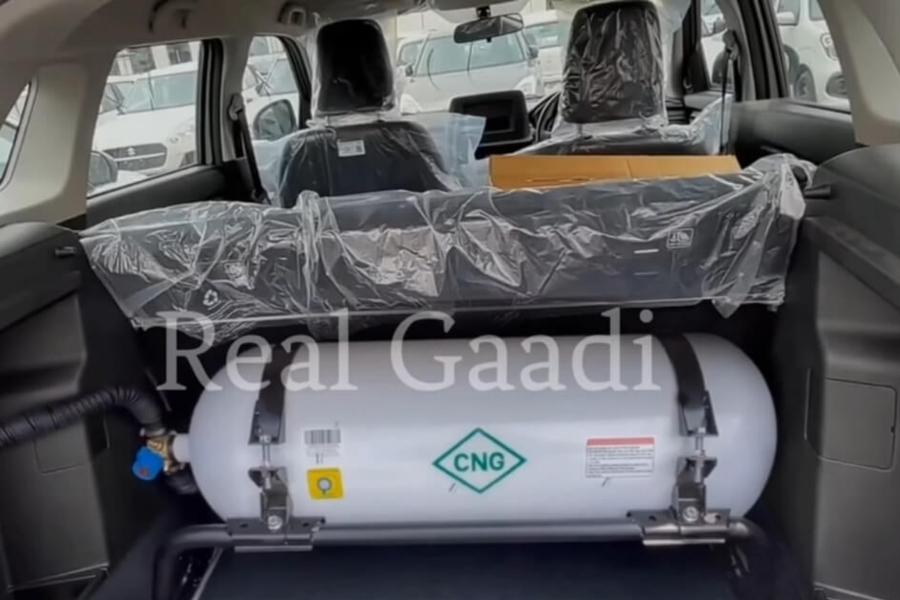 Launched in June this year, the new-gen Maruti Suzuki Brezza will soon receive a CNG powertrain option. Recently, the greener version of the sub-4m SUV has been spotted at a dealer stockyard, suggesting its launch is just around the corner. With this, it will become the first car in its category to receive the CNG powertrain option.

Powering the new Maruti Suzuki Brezza CNG will be the same 1.5-litre DualJet DualVVT petrol engine as the standard model. The same motor is also offered in the Ertiga and recently launched XL6, which makes 87PS and 122Nm when running in CNG mode. And we expect the Brezza CNG to also return the same figures. Its fuel efficiency, on the other hand, could be around 26km/kg.

We assume the Maruti Brezza CNG to bear a price premium of around Rs 95,000 over their regular counterparts, which are priced between Rs 7.99 lakh and Rs 13.8 lakh (ex-showroom). Once launched, it will become an even more prominent contender against the likes of the Kia Sonet, Hyundai Venue, Tata Nexon, Mahindra XUV300, Honda WR-V, Nissan Kicks and Renault Kiger.