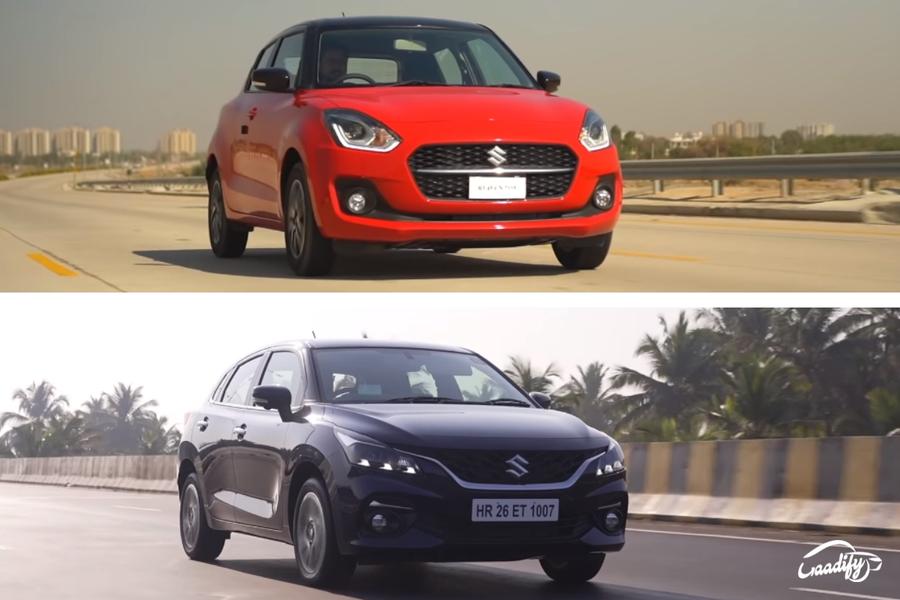 The Maruti Suzuki Baleno CNG has finally been launched in India. Offered in two variants: Delta and Zeta, it ranges between Rs 8.28 lakh and Rs 9.21 lakh (ex-showroom), making it Rs 95,000 more expensive than its petrol-only version. While the Baleno CNG doesn’t have any direct rival in its segment, the price of its Delta variant puts it in competition with Swift’s ZXi CNG. So which of the two makes more sense? Let’s try to find the answer through their detailed comparison.

The base-spec Delta variant of the Maruti Baleno CNG is Rs 17,000 more affordable than the Swift’s ZXi variant. However, the difference between the Baleno Zeta CNG and Swift ZXi CNG is of Rs 76,000.

The Maruti Suzuki Baleno is 145mm longer and 10mm wider than the Swift. Its wheelbase is also 70mm more than its younger sibling, which should result in better cabin space.

Both the Maruti Suzuki Baleno and Swift are driven by the same 1.2-litre DualJet petrol engine that produces a maximum power putout of 77.49PS/98.5Nm, a drop of around 12.24PS/14.5Nm from its petrol-only mode. Furthermore, both of them claim to have similar fuel efficiency figures.

Since the prices of Baleno’s Delta CNG variant are quite close to Swift’s ZXI trim, we will only compare the features of these two variants.

It makes more sense to go for the Swift ZXi CNG variant than the Baleno’s Delta variant. However, go with the Baleno’s Zeta variant if you can increase your budget.