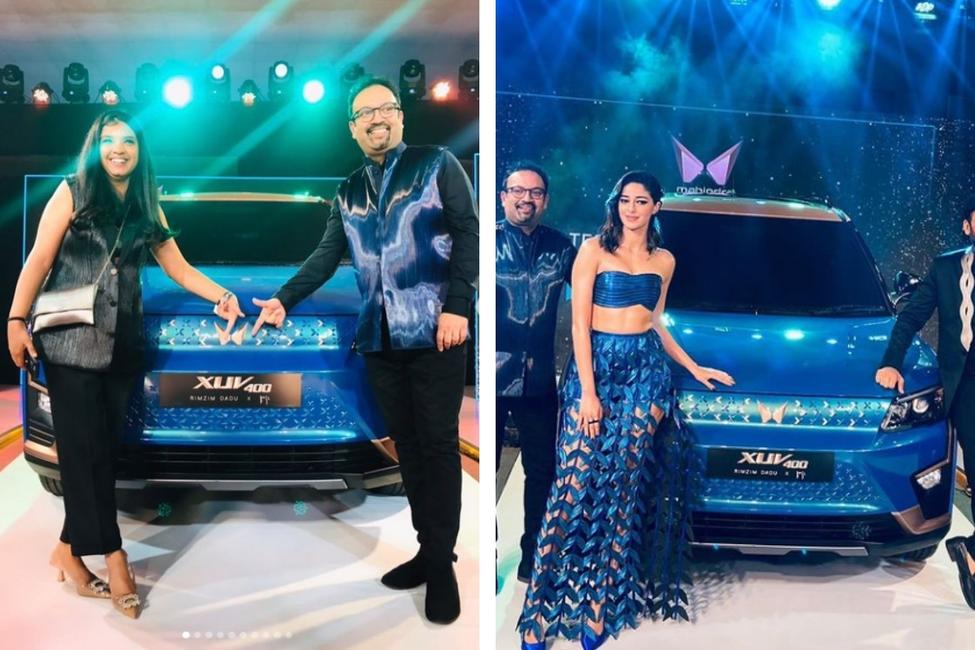 The Mahindra XUV400 One-of-One special edition will be up for auction from January 26 to January 31, 2023, and Anand Mahindra, the chairman of the Mahindra Group, will be personally handing over keys of this bespoke edition to the winning bidder in a special ceremony on February 10 at the Formula E weekend in Hyderabad.

A winner will have the choice of either giving their winning bid to Mahindra Sustainability Champions Award winners or donating it to a non-profit organization of their choice. Mahindra will also match the winning bid amount and do the same.

For those who aren’t aware, the Mahindra XUV400 One-of-One Edition is a collaboration between Mahindra’s chief design officer Pratap Bose and a leading fashion icon & progressive texturist Rimzim Dadu. It features a new black upholstery with copper stitching and blue inserts, giving it a premium feel. It also features blue steel wire cushions in the back and the ‘Rimzim Dadu X Bose’ insignia on the front seat headrests and rear centre armrest. The same branding can also be seen on the C-pillar of the sub 4m SUV and a blue outline around the Twin-Peak logo at the front.

Powering this Special Edition model will be the bigger 39.4kWh battery pack that claims a range of 456km on a single charge. It gets a front-axle mounted electric motor that makes 149PS of maximum power and a class-leading torque of 310Nm, enabling it to do the 0-100 kmph sprint in simply 8.3 seconds.

Currently, the bigger battery pack variant of Mahindra XUV400 costs Rs 18.99 lakh (ex-showroom). Now it will be interesting to see how much the special edition XUV400 gets bid for.