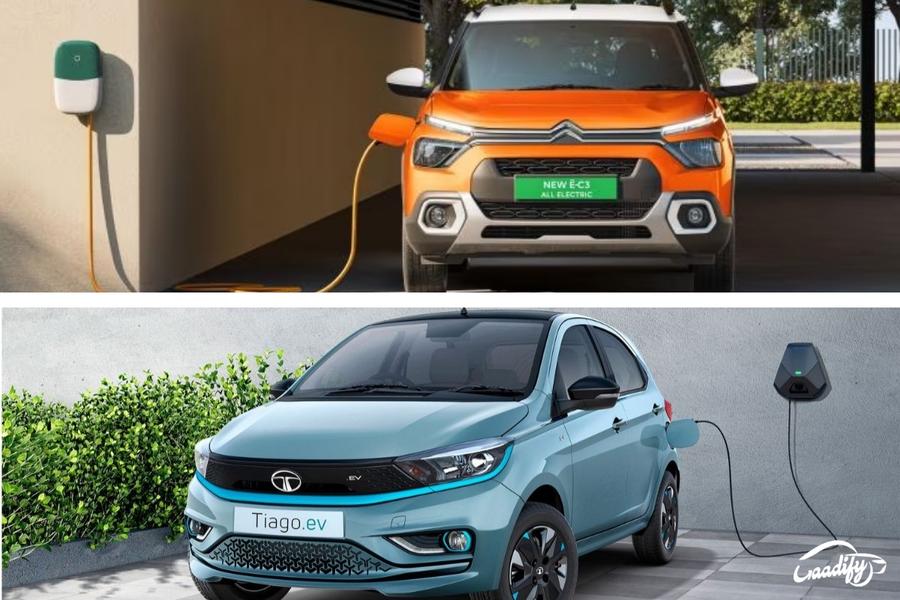 French carmaker Citroen has recently taken the wraps off the electric iteration of its C3 cross-hatch called the Citroen eC3. Bookings for the EV will commence from January 22, while its prices will be revealed in the next month. As for now, the Citroen eC3 doesn’t have any direct rival in the Indian market; however, the Tata Tiago EV can be seen as its closes alternative. So here we’ve decided to put both these electric hatchbacks against each other to see which one offers better value.

The sole battery pack of Citroen eC3 has the maximum capacity when compared with the Tiago EV. It also offers more range and better torque output. However, the Tiago has most powerful motor.

Also Read: Tata Tiago EV: Which Variant You Should Buy?

The Citroen eC3 is the longest, widest and tallest electric car here. Furthermore, its SUV-like styling gives it a more commanding road presence.