A camouflaged Mahindra XUV300 has been spotted testing, suggesting that it could be the Sportz variant of the SUV. For the people not in know, Mahindra had showcased the XUV300 Sportz trim at the 2020 Auto Expo that houses a more powerful TGDI petrol engine from the mStallion series. It was expected to launch last year but the COVID-19 pandemic ruined the plan. As of now, Mahindra offers the XUV300 with a 1.2-litre MPFI turbocharged petrol and 1.5-liter diesel engines that make out 110PS/200Nm and 117PS/300Nm of maximum output respectively. The Sportz trim is likely to get an updated 1.2-liter turbocharged petrol engine with Direct Injection (DI) system, churning out an increased output of 130PS and 230Nm, making it 20PS/30Nm more powerful than the ongoing petrol model. With this, it will also become the most powerful sub-4-meter SUV of the segment, ousting the Ford EcoSport Petrol that offers 122PS/149Nm from its 1.5-litre petrol mill. The XUV300 Sportz is likely to come with both manual and automatic gearbox choices.

Likely to get minor cosmetic updates

Going by the spy shots, the XUV300 Sportz is unlikely to get any design change outside. Though none of the visual differences can be seen in the test mule, the final model could get minor cosmetic differences in terms of blacked-out elements, red colour highlights, and body graphics. Expect some distinct cosmetic touches inside the cabin too. 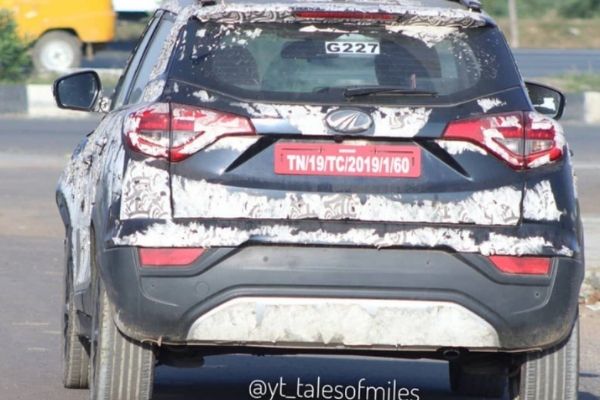 The more powerful XUV300 is expected to demand a premium of around Rs 30k-40k over the current petrol variants that range between Rs 7.95 – 12.34 lakh (ex-showroom Delhi). It is likely to be launched by the end of the year.