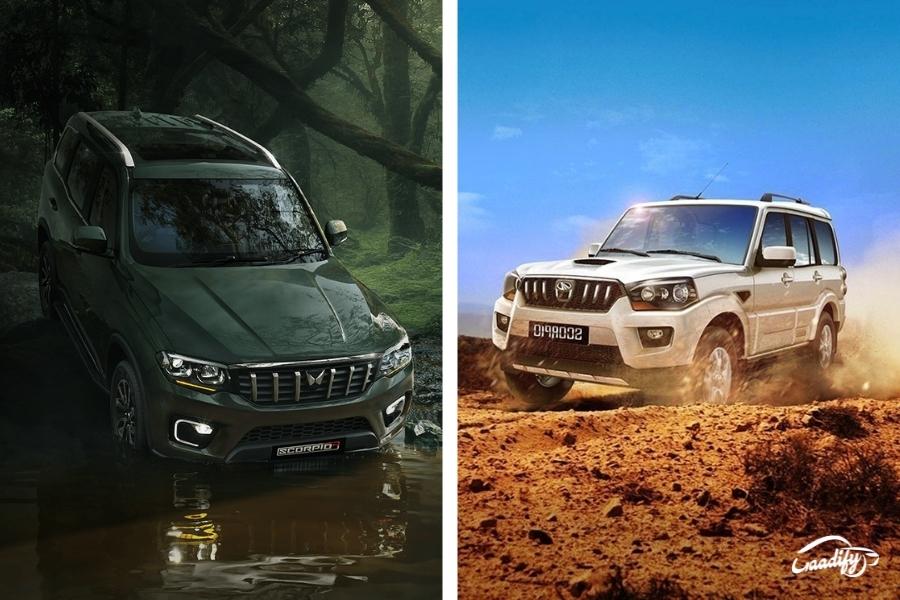 Mahindra Scorpio N vs Scorpio Classic: What changes you can expect?

After the massive success of XUV700, Mahindra’s new twin peaks logo is all set to hit the Scorpio, now set to be launched in an all-new avatar while packing the same rugged identity. Named the Scorpio N, the “big daddy of SUVs” as Mahindra calls it, will be sold right alongside the existing Scorpio, which will be rebadged as the Scorpio Classic. What differences can you expect in the new Scorpio N in comparison to the existing one? And will it be a worthy successor to the beloved D-segment beast? Let’s find out?

The exterior design of the new Mahindra Scorpio N has been thoroughly revised. Whereas the Classic had rough edges, flat panels, cladding all over the body, and bulging arches, the N is more somber with smoother edges, not overdone with cladding and consistent body lines with even a signature line running the length of the SUV.

Towards the front, the N sees an Alturas G4-inspired 6-slated grille embossed with the new twin peaks logo in the center, instead of the conventional 7-slat on the Classic. The iconic hood-scoop on the Scorpio Classic is sadly not carried over to the N. The front headlamp housing is also different, and the Scorpio N also gets C-shaped DRLs around fog lamp housing.

The rear although not officially showcased by the company, has received massive changes as seen from the leaked images, with the N throwing out the double bulge taillamp for an all-new vertical taillamp running all the way from the top of the roofline to the mid-line of the rear, similar to the Volvo XC60 although a lot less curved. The rear tailgate continues to be side-hinged as the Classic.

The Mahindra Scorpio Classic is very lackluster in terms of equipment, with a very dated look. However, Mahindra seems to change that with the new Scorpio N, and although not officially showcased, leaked interiors show a more 2022-ready Scorpio.

With features like an AdrenoX infotainment system with Android Auto and Apple CarPlay, connected car technology, roof-mounted speakers, dual-zone climate control, wireless smartphone charger, a semi-digital instrument cluster with a host of new features, and an electric sunroof, the new Scorpio N will be loaded up the brim. It will also have much more cabin space than the Scorpio Classic.

The engine options will include the 2.2-liter mHawk diesel and 2.0-liter mStallion turbo-petrol engines similar to what is seen on the second-gen Thar and XUV700, paired with either a 6-speed manual and a 6-speed torque converter automatic gearbox for both engines. However, their power figures will be different from their sibling SUVs. Drivetrains will include RWD and 4WD.

Prices of the new Scorpio N will be revealed on June 27. Expect a substantial increase in comparison to the existing Scorpio.