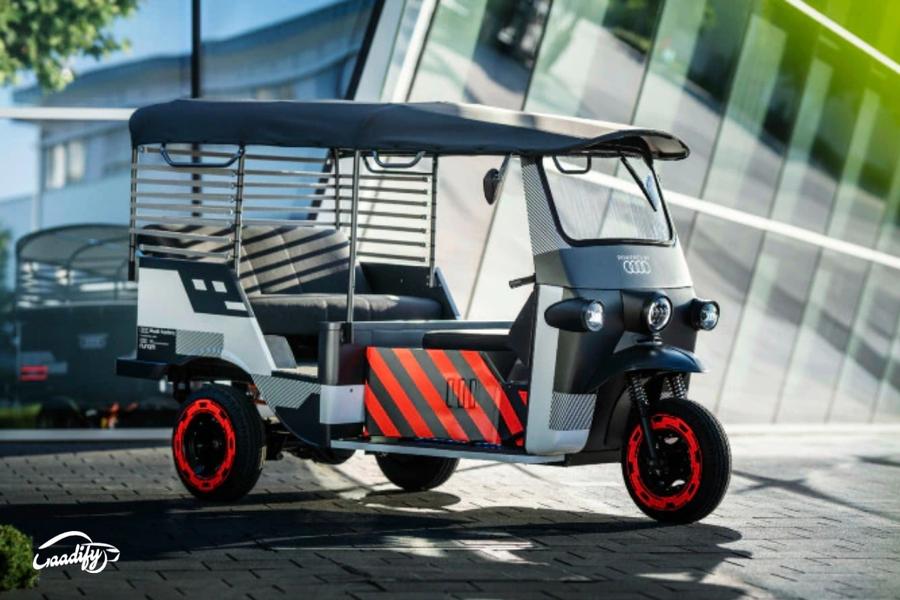 German automaker Audi AG has partnered with Nunam (a German–Indian startup, funded by the Audi Environmental Foundation) to examine the reuse of high-voltage batteries from electric cars after their life cycle is complete for motorcars. Under this pilot project, Nunam has already developed three electric rickshaws prototypes (tuk-tuk) in collaboration with Audi’s training team and they are equipped with Audi e-tron’s used batteries.

Typically, electric car batteries last more than a decade, and the brand believes that they can still be used after its initial objective has been achieved. And as we know e-rickshaws are comparatively lighter than electric cars, require only a daily commuting range, and don’t move very quickly. So, by using electric cars’ high-density batteries for e-rickshaws’ less-powerful motors, we can give them a new lease of life. The brand states that these e-rickshaws will be mainly targeted at women buyers.

Currently, most Indian e-rickshaws are powered by lead-acid batteries with short lifespans and limited range. Furthermore, they use public grid electricity, which is predominantly generated by coal-fired power plants, so technically they aren’t completely emission-free. To tackle this, Nunam intends to charge these e-rickshaws using power from solar charging stations, which will be established at the local partner’s premises.

Also Read: Audi A8L To Launch On This Date

Once these batteries complete their life cycle for e-rickshaws, they will be further used to power stationary applications such as LED lighting before they are disposed of.