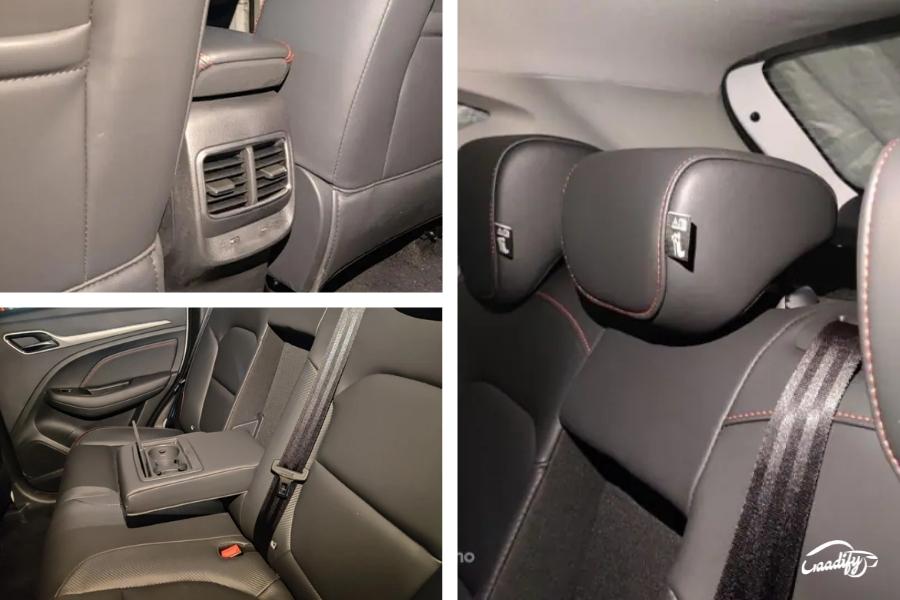 MG Motor India is all set to launch the facelifted ZS EV by the end of this month. But before that, the brand will commence its series production at its Halol-based manufacturing plant.

While MG is yet to share the specifications of the car, its exterior design has already been revealed through a set of official images. And now we’ve got some cabin shots, revealing that it will get some new convenience features for rear occupants such as dedicated AC vents, a rear center armrest with cupholders, and a headrest for the middle passenger. All these features are missing in its ongoing model.

Going by the earlier spy images, the 2022 MG ZS EV will get revamped dashboard design, and the changes will be on par with the Astor. That said, the notable additions will include a 10.1-inch touchscreen infotainment system with wireless Apple Carplay and Android Auto, a new climate control panel, and a digital driver’s display.

On the outside, it will receive an EV-specific closed-off grille, new LED headlamps, redesigned alloy wheels and tweaked bumpers at both ends. It will also get the 360-degree surround view system and Advanced Driver Assistance Systems (ADAS).

The biggest change will be inside the bonnet as MG is likely to equip the new ZS EV with a bigger battery pack of 51kWh instead of the existing 44kWh unit. This will eventually increase its drive range from the existing 419 kilometers. However, it remains to be seen whether it also gets the optional 72kWh battery pack as its global-spec version.