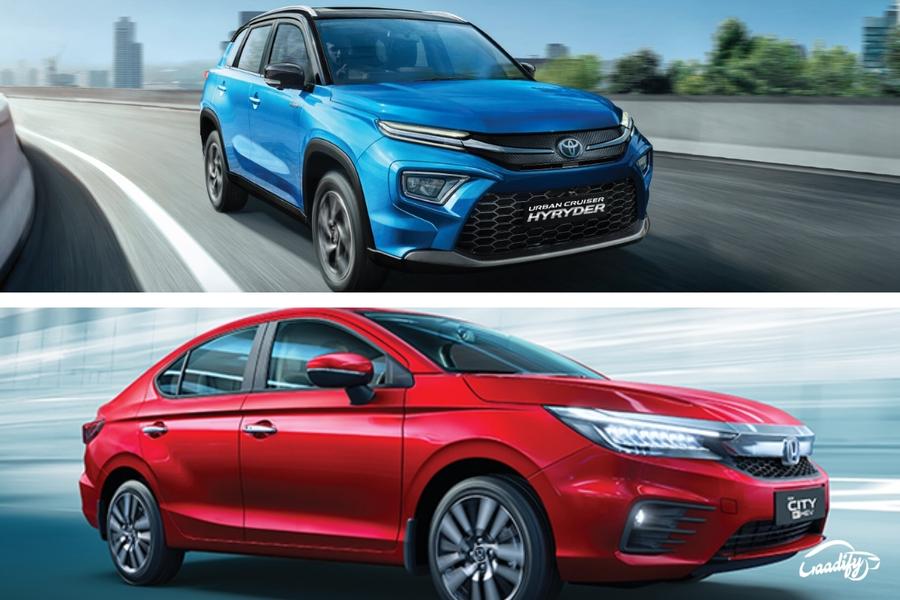 Toyota has recently revealed the prices of the Hyryder SUV, making it India’s most affordable self-charging strong hybrid car. Not only on the price quotient, but the SUV is also among the most fuel-efficient vehicles in the country, placing it against the likes of Honda City e:HEV (Hybrid Electric Vehicle). So, which of these cars should you buy? Let’s try to get an answer by a detailed specification and price comparison of both the cars: –

The Honda City is more powerful and torquier than the Toyota Hyryder. However, the SUV has an upper hand in terms of fuel efficiency.

The strong-hybrid variants of the Toyota Hyryder SUV range from Rs 15.11 lakh to Rs 18.99 lakh (ex-showroom), making it Rs 4.78 lakh cheaper than the Honda City e:HEV. In fact, its range-topping V variant is also Rs 90,000 more affordable than the Japanese hybrid sedan.

On paper, both cars seem to be giving tough competition to each other. However, Toyota leads the way with its lower price tag, more convenient features, and multiple variant options. In contrast, the Honda City e:HEV comes in a fully-loaded variant that has an edge in terms of safety.