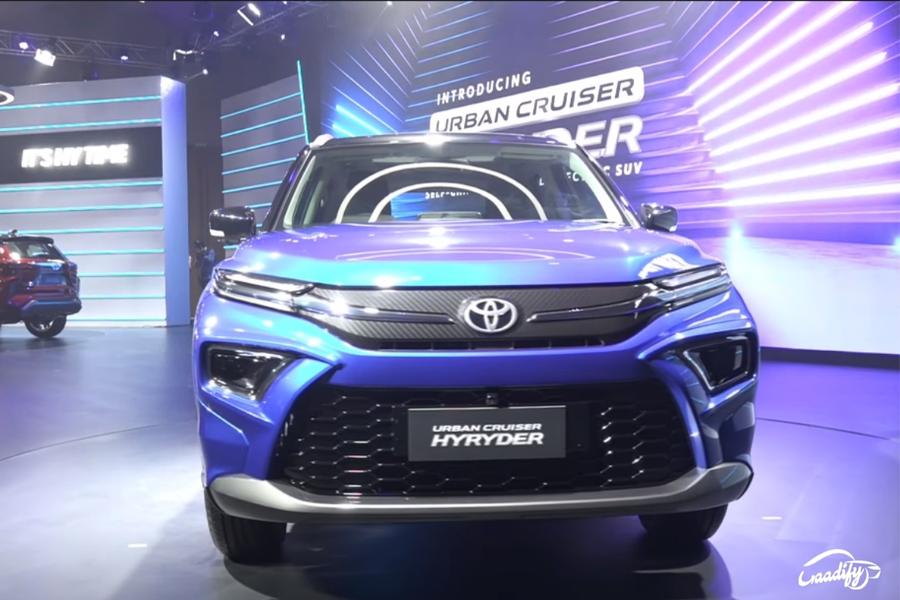 Toyota India has issued a voluntary recall for the recently launched Hyryder over a potential issue with the height adjuster plate assembly for the front seatbelt. Only 994 units of the Toyota Hyryder have been affected by this recall. And since the Maruti Suzuki Grand Vitara is a rebadged version of the Hyryder, the Maruti offering could also be affected by the same problem.

As the name suggests, the height adjustment function for the seatbelt allows for adjusting the position of the seat belt so that it can rest across the middle of your shoulder. An improperly adjusted safety belt could reduce its effectiveness and increase the chance of injury in a crash.

The Japanese carmaker will soon start contacting the owners of the affected units to schedule an appointment with their nearest Toyota service centre to get their vehicle inspected. Alternatively, you can also take their cars to their nearest Toyota-authorised workshops for their vehicle inspection. And if found faulty, the whole height adjuster plate assembly will be replaced free of cost.

For those who aren’t aware, the Toyota Hyryder is a 5-seater mid-size SUV which was launched in September 2022. It comes in four variants: E, S, G, &V and two engine options: 1.5-litre NA petrol & 1.5-litre petrol-hybrid. It will soon be available with a factory-fitted CNG kit option. Bookings for the same have already been commenced, while prices will be announced in the coming weeks.